Perhaps parchment was relatively expensive to come by, or just too much of a labour to prepare to receive ink, so it was often 'recycled'. Rubbed clean of the former writing and written over again to present the new text. But there would remain a trace through the impression of the nib or stylus. And in time this hidden text could be revealed, much as when you take a pencil and shade the top page in a notepad to show what was written on the preceding page now since torn out. This is a fairly regular scene in detective and spy fictions or dramas on TV.

The written palimpsest is similar to pentimento in oil painting. Artists frequently recycled their canvases, much for the same reasons of economy as scribes and writers. Though often the buried versions beneath the paint reveal the artist's sketches and drafts of the same image that gets its final rendering in the finished product. With palimpsests, the aim is to purge the original content in order to put across the new message. This functions in much the same way that Christianity annexed pagan festival days to plant its own celebrations on, in full knowledge that populations were used to marking such holy days. They merely changed the narrative.

Whatever the economic drive for overwriting previous words, the mechanism does have an element of colonialism about it. Of banishing, or censoring the previous voice. This can be most clearly seen in the Archimedes Palimpsest (yes, he of "eureka" in the bath renown), where an ancient Greek treatise on Mathematics and Geography was overwritten by Christian monks with their own liturgical text and the original work thought lost to mankind forever, until new technology brought it back into light. Think of it as one of the banned books locked away in the secret library from Umberto Eco's "The Name Of The Rose".

However with our technological abilities allowing us access to the words underneath, we can also see elements of rebellion in the palimpsest. In the Novgorod Codex the same writer is responsible for countless texts written over one another, in which he conceals some fairly heretical interpretation of the Gospels buried deep within. But they're there, embedded and preserved.

And how do we bring these hidden texts to light? Through use of wavelengths of light not accessible to the naked human eye; ultraviolet; infrared and X-Ray. (see my blog post on the limitations of the human senses to come). The man charged with deciphering the Novgorod Codex is pursuing a methodology rather similar to that employed by scientists decoding the human genome. He has to ignore and move on from chunks of text that remain indecipherable because they are so degraded and diffused into the wood, or so closely packed together (the original scribe eschewed spaces between words), so he is reconstructing possible words only by dismissing other permissible letter combinations as 'meaningless jumble'. The scientists trying to nail down the human genome are having to sift through some 3 billion genes to just isolate the active genes responsible for programming life, (currently pegged at around 20,000), therefore they are dismissing the rest as junk or pseudo DNA, posited to be without function. Yet as with the letters that can't be read in the Codex, they're there for a reason. They may not be junk, they could feasibly contain the dead ends of genetic mutation which therefore can reveal to us own own evolutionary history. Or they could track how our bodies changed on a genetic level to defeat diseases that we are now unaware even existed. Or they can act discreetly, as spacers for those genes that do have a function. There are endless possible explanations lying way beyond our grasp.

So thus the palimpsest. A fascinating phenomenon, usually emerging from humble housekeeping calculations of economy. But it offers a powerful metaphor, that of overwriting, of burying what comes before, of rebellion and revelation between the cracks. Now imagine that in human terms. Not one, not two, but three voices - each unknown to one another - yet each overwriting and influencing the behaviour and fate of the others. And that is one of the essences of my new novel "Three Dreams In The Key Of G". 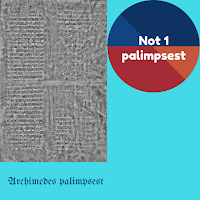 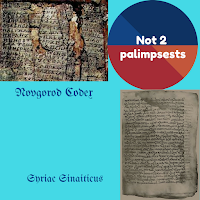 In Peace Agreement Ulster a mother rears her two daughters as her husband is decommissioned from his violent paramilitary past.

In Florida a septuagenarian runs a community refuge for women- only the authorities have surrounded it as a threat to national security.

In laboratories all over the world the human genome is being dissected and decoded.

Mother, Crone and Creatrix, all under siege, unknowingly inform and influence one another. 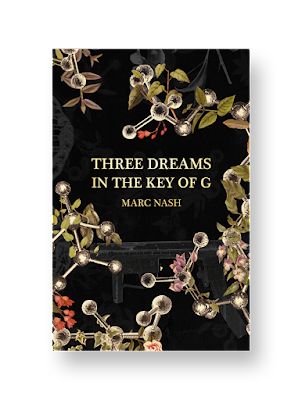 Posted by Sulci Collective at 07:53