Three and a half minutes to soft boil an egg. Less if you’re at altitude because of the thinner air. Then you have to open it up to get at the nutritious albumen. A spoon or knife to trepan the shell, but then it’s filagree finger work to peel away the brown calcite shards. Tough to do if you’re a nail biter rather than a bed wetter. I reckon he’s both.

A minute and a half to hard boil a man’s brain. Like at altitude, the oxygen gets thinner until he passes out. With your hands around the carotid arteries, the brain in his stupid ovoid shaped head will seethe and boil. He will grab at your hands in a desperate bid to free his airways. But because he’s an onychophagist, he causes you no pain since he has no acuminated keratin to pierce the surface of your skin. Same way he could never peel away a cracked egg shell. Bitten to the quick for a real slow death. Not only is he unlikely to scrape any implicating DNA material from you, even if he did, there’s no finger nails to lodge it under for safe keeping and later forensic reconstruction.

So much easier than drowning the bed wetters in a bath tub. 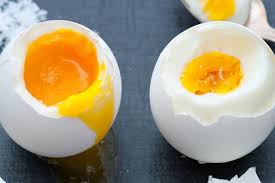 Avant-garde is time bound. Hidebound. In our age of rapid technological change and shrinking attention spans, the avant-garde are the nostalgics. The left-behind, derrière-garde guardians of the remembered past, (forlornly) demanding concentration and application..

Body Politic was a metaphor that came into use through a fifteenth century understanding of medical anatomy. With the human genome and the structure and function of DNA becoming known, new metaphors present themselves which we currently remain insensible to.

Consciousness will not reveal itself from human genomics (see B). For how can we objectively observe fully in the round something in which we already stand within? Anticipating our consciousness to demurely deconstruct itself for us, as us. Consciousness forever as the dark side of the moon.

Decidedly deciduous deicide, yet dread of death and the dangled deal with a desperately conjectural afterlife, denotes the divine obtains still.

Ethics derived etymologically from a group or cultural disposition or mien and then back engineered to apply as obligations for each individual member of that group or culture. Only in this atomised age, singular group cultural identities evanesce. All morals and moral behaviour are relative. Ethics have become superannuated, duty obsolete and there is nothing binding us together, be it natural or moral law.

Freedom: if you are reading this of your own free will, then you have a reasonable degree of freedom. If you disagree with even a single proposition here, then you are enslaved by your programming. If you agree with every single tenet here, then you are enslaved until you break free of what they counter. What lies on the other side once you have burst through? Who can say as it is unexplored terrain. Probably a whole new set of super-subtile myths to enslave you afresh.

Game Theory is applied to many aspects of life, positing that when humans calculate that cooperating with one another, it best redounds to their mutual interest. The deterrent argument follows this flawed logic, since as David Hume explained through his white swans, a single appearance of a black swan on the pond erases the proof of your senses for the entirety preceding that occasion; that is, the nuclear deterrent argument only has to be disproved from holding once and we are all finished for eternity anyway.

History is the Butterfly Theory in effect. Yes it constantly repeats itself (since its actors are all humans given to repetitive behaviours), but the starting conditions are different each time so that the outcome will not be the same as previously. Once upon a time and only once indeed…

I is not in the word ‘team’ (more’s the pity) but it is in ‘time’, which is ironic seeing as after a brief span, the I drops out permanently. I is not only in the word ‘identity’ but actually leads it; but what is the point of spending as lifetime establishing an identity, only to have mortality erase it permanently? I also leads the word ‘intimacy’, yet this proves nothing.

Je t’aime… Je m’aime (consider that phonetically) more like it. For we are but a clump of sensory information receptors, who have hit upon the evolutionary decision (randomly of course) that they are best served by aggregating and maintaining a unified outlook of the whole. But they are still in control of this consciousness rather than the other way around (see C).

K, Josef was guilty and he knew it, Kafka knew it, Max Brod knew it and now you dear reader know it.

Language is not fit for purpose. Conceals as much as it communicates. Slippage and seepage. Ellipsis and elision.

Myth is pernicious since it dresses up ignorance (of cause and effect in the natural world) in supernatural pretence in order to justify the exigencies of the local institutional and power relations among humans. Though science has provided better approximations of cause and effect to strip away the supernatural and replace it with ‘reason’, science itself is a myth-based body of knowledge (see S).  Myth, like ethics (see E), is man-made and therefore self-imposed and should only be demanding of voluntary adherence.

Nouns are Plato’s Ideal Forms in linguistic form. That is, they don’t actually exist either. Objects classified as one noun or other are approximations and simulacra. “Ceci n’est pas une pipe” et al.

Pangram of “the quick brown fox jumps over the lazy dog” only holds for the temporary duration of the ban on fox hunting perhaps, when the fox knows it has legal protections from the dog. An example of the viral algorithm infecting language,with periodicy, permutation and prosaicness.

Reality is a construction of the human mind. The notion of an objective reality is merely a human consensus. The templates of what we take for reality are imprinted in our brains and our senses only scan for deviations referenced against the template in order to prompt our responsive action. Our reality templates are premised on our three-dimensional perceptions, yet scientists posit 11 or 12 dimensions of existence (see S).

Science bears more of an elegant, logically consistent canon than religious beliefs, but it is no less a credo. Whatever the equations prove, our limited perceptional apparatus means we can only conceive in three dimensions, four at a stretch, yet current theories are up at around 11 or 12 dimensions of existence (see R).

Tripartite human brain, reptilian, mammalian and human, does not represent unalloyed progress and upgrade. Greater processing power yes, but we have barely progressed from reptilian filial infanticide, to mammalian killing of a rival’s offspring, to human kind’s targeting of any and every one of its own species (see G).

Uroborus is perhaps of all mythic symbols the one that resonates most. However, take your pick of the myriad of symbolic representations it proffers: Circle of Life; creative renewal; duality, synthesis and integration; immortality; eternal immutability; perfection; kundalini energy; hermetically closed systems; feedback loops; the philosopher’s stone; the singularity from which all existence stems. Go pick the bones out of that little lot.

Vicious circle applies to not only language (words defined in terms of other words), but to this very exercise itself, (many of these definitions refer the reader on to other definitions listed here). There is no inertial frame for logic, nor language (see C,L).

W; literally double ‘u’, itself already the elongated sound of twin oo’s. Tautologically redundant as an outcome of an alphabet whose characters and their sound bear no relationship to the meaning of the words they delineate (See L).
Posted by Sulci Collective at 12:59 No comments:

More jaundiced eyes might charge she pouted every one of her words. But my vision was more forgiving, seeing as I was in thrall to her beauty. So I would submit, the way speech puckered her lips was more akin to a child blowing bubbles. With the same blend of beguilement and tremulousness; breath bated hoping they would sustain and float, rather than evanesce and dissolve. Close my eyes and hearing the timbre, I picture her with the heel of her open hand osculating her chin, so that she could blow the word-kisses from her palm runway, as if helping a ladybird take wing. But when those gossamer words that take so long to sail across to me, finally moor at my ear canal, their brutal lading becomes plain. Iron waspish sting delivered by the tip of a velvet tongue.
Posted by Sulci Collective at 20:57 No comments: