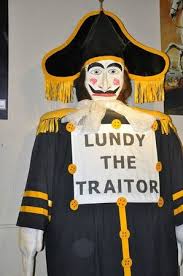 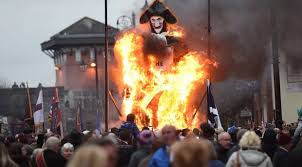 The seventeenth century was a brutal one for Ireland, enmeshed in wars of political and religious succession emanating from England. After executing the king, Oliver Cromwell invaded Ireland and embarked on a campaign that historians estimate caused a shrinkage in the local population of between 20-45%, through conflict, famine, disease and indentured service in the English colonies. Two sieges of walled cities were particularly horrific, Drogheda where citizens were killed after they had surrendered, some of whom had taken refuge in a church whose sanctity was ignored and Wexford, which was breached during the negotiations for its peaceful surrender.

The restoration of the English monarchy made some modest restitution to the dispossessed Irish aristocracy, but then they were plunged into conflict all over again with the 1688 Succession Crisis and the contest between the Catholic King James and the Protestant King William. Over in Ireland, the Catholic forces were bearing down on the walled city of Derry. The city’s governor Robert Lundy was dispatched with a Protestant force to meet the oncoming Catholics, but a cowardly man, he beseeched his men that all was lost and they should do everything to preserve their lives. The Catholic forces at nearby Omagh adopted an equally cowardly stance and retreated, until the following day when news reached them of their erstwhile opposition’s flight.

Back inside the city walls, Lundy again showed a lack of appetite for any fight and argued that they should surrender, at which point the city gates were slammed shut and the inhabitants began a chant of “No surrender” which has been handed down and still in use today. The irate inhabitants turned on Lundy and various myths about his escape from the sealed city abound, including dressing up as a woman with a bundle of matchwood on his back to make good his exit, through to scaling down a pear tree beyond the walls. Rumours flew that Lundy had swapped the keys to the city for a bap bun amidst the starving city, so that all in all, the word Lundy became a byword for ‘traitor’ in Northern Ireland and bandied about even today by politicians in the province. Lundy is burned in effigy annually on the December anniversary of the gates being slammed shut by the citizens. Traditionally the effigy was hung for its burning on a pillar erected to Lundy’s replacement as governor, until the IRA blew up the pillar in 1973. A case of dynamite being used to destroy a symbol such as pervades many cultures, be it the Taliban’s destruction of the Bamiyan stone Buddhas carved into a cliff, through to 1970s bombings of the sculpture of Karl Marx that marks his tomb.

In my novel, the setting is Omagh, the same location where both armies facing one another turned and fled, while it also has an attack on symbols, in the form of a guerrilla raid to destroy the universal SI of units of measurement. You can’t blow up a metre or a candela any more than you can detonate an idea. Oh and for the record, the Protestant defenders of Derry were able to hold out against the siege for 105 days, until their relief forces were able to break the floating barricade across the River Foyle and reach them, whereupon the besiegers gave up the blockade. 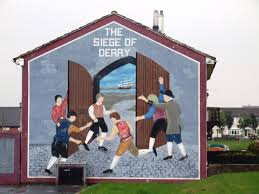 Posted by Sulci Collective at 07:25