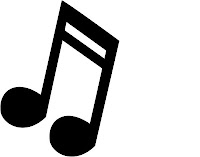 Music has always been really important to my life. I worked for nearly 20 years in the music industry. I wanted to be in a band way before I knew I wanted to be a writer (musical talent was however completely absent). I wrote would-be song lyrics rather than poetry as a teen. Music was probably the first art form I was seduced by. In fact, it directly led me into reading. Age 14 and I was always to be found outside playing sport, rather than inside reading a book. It was only when an older cousin of mine suggested I could rank cool points at school by listening to The Cure's "Killing An Arab", but he also added I might read Albert Camus' short novel "L'Etranger" ("The Outsider") which it was based on. I did both and have never looked back. I not only read books, I write them too!

Music always plays a part in writing my books. I choose a soundtrack of music that relates to the subject matter and then play it solely while I am writing the first draft. It helps set the tone and the rhythm of the book, so that after every break in writing it for food or sleep, I hit 'play' and am instantly conducted back into the mood of the book. For my novel "A,B&E" I put together a soundtrack of   Rebetika (The Greek "Blues") since the novel was set on island Greece, together with some club music as the action took place in a Club 18-30 resort. 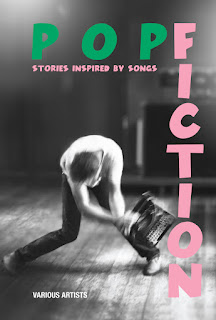 I contributed to an anthology called "Pop Fiction - Stories Inspired By Songs"  and also wrote the introduction. Here's what I wrote:
Literature is perhaps regarded as the highest, noblest art form for  opening our minds towards contemplation of the world around us. And rock'n'roll, bubble-gum three-minute-pop about puppy love and teenage crushes, is regarded in some quarters as the most disposable of art forms. Books occasionally percolate society's collective consciousness, for example the obscenity trials over Lady Chatterley's Lover or Last Exit To Brooklyn. Pop frequently outrages, from Elvis The Pelvis, through ‘God Save The Queen’ to Beastie Boys. Yet, despite being from fairly opposite ends of art's 'brow' spectrum, the two are fundamentally intertwined and mutually inform one another.
Apart from the above example of The Cure, Gang of Four referenced Joseph Conrad's ‘Heart Of Darkness’ with ‘We Live As We Dream Alone’ and Kafka's beetle from ‘Metamorphosis’ in their song ‘Anthrax’. Howard Devoto, singer in Magazine, referenced Raskolnikov and  Dostoevsky's ‘Underground Man’ in ‘Song From Under The Floorboards’.  Just a few examples of artists honouring fellow artists who have gone before them. Inspired them. Given them words and ideas to stir their own creative pools...
Of course, it goes the other way too. Poets Linton Kwesi Johnson, Benjamin Zephaniah and John Cooper-Clarke have all performed live with backing bands. Gus Van Sant has set texts by William S Burroughs to music, and Steve Fisk composed music for the late Steven Jesse Bernstein's poetry. Then there are the crossover artists: Patti Smith, Nick Cave and Henry Rollins to name but three with a foot firmly planted in both camps. Plus recently we have had short story anthologies inspired by the words of Mark E. Smith and the music of Sonic Youth.


But the writing of "Time After Time" proved a bit different. The music isn't just a soundtrack, but it's at the heart of the very action of the narrative. I didn't have a pre-set soundtrack, but had to discover the songs during the writing itself. For the songs, or their titles, were not only quoted, but determined what
was happening on the page. In the guise of DJ SlipMatt, his choice of what to cue up on the turntables had an uncanny echo of what was happening out on the state. An echo that in several cases actually preceded the action...

Right up to the later drafts, songs were being substituted for those that were in the novel because they were a better fit. Normally when I set up a soundtrack for a novel, all the songs are known to me, or at least I've discovered them as part of putting the playlist together before I've sat down to write word one. But the joy of the writing process for "Time After Time", was that I was discovering new songs WHILE I was writing. That was a wholly new thing for me and this fusion of creative energies of new writing melding with new songs to my ear really helped keep the process fresh for me. When I came to turn the original playscript into a novel text, some of the songs from ten years previous were no longer appropriate or had just dated really badly. I think there were maybe 15-20 songs in my original stageplay, but the greater detail of a novel, of nuanced character gesture and action, meant the final playlist ended up at 45 songs.

Music is integral to "Time After Time".

Rather than soundtrack the writing process, it forms an active part of the narrative itself. Throughout there are songs cued up by the DJ whose title or lyrics counterpoint the action or emotion at that point of the narrative. All the songs can be heard in the order they appear in the book, on a Spotify
playlist. However it's not crucial to understanding the novel to have heard the songs or to listen to them while reading!

How does the DJ seem able to find the right song for each moment a new song plays on his decks? Well you'll have to read the book for that! But he's an unusual DJ in that his eclectic taste means his playlist isn't restricted to one or more styles of music. The playlist has Pop, Disco, Punk, New Wave, Reggae, Dubstep, Hip-Hop, Rap, Trip-Hop, Big Band/Swing, Rave, Nu-Rave, Heavy Metal, Soul, Two-Tone, Rock, Old Skool, Electronica... Almost as many music genres as there are literary ones. Which, I wonder, is more tribal, music or literature! For a clue, read the comments to a YouTube cover version of the Kicks Like A Mule track "The Bouncer" (see link below) as covered by Nu-Rave band The Klaxons. Just follow the links. Me? I love both versions!
Here is a list of the songs: (click on links to see YouTube Video)
"Fly Me To The Moon" - Frank Sinatra
"Shot You Down" - Audio Bullys
"Wake Up Boo" - Boo Radleys


"Supermassive Black Hole" - Muse
"Hey Ladies" - Beastie Boys
"Politicians and Paedophiles" - The Bug
"Hell Is Around The Corner" - Tricky
"Harder Than You Think" - Public Enemy
"Probably A Robbery" - Renegade Soundwave
"Another Girl, Another Planet" - The Only Ones
"Time After Time" - Cyndi Lauper
"Madness" - Madness
"Night Steppa" - The Bug
"La Cucharacha"
"A Figure Walks" - The Fall
"Tubthumping" - Chumbawumba
"Dry Your Eyes" - The Streets
"Cruising For A Bruising" - Three Wise Men (not on Spotify playlist)
"Should I Stay Or Should I Go" - The Clash
"This Charming Man" - The Smiths
"Stay In The Car" - Girls Against Boys
"The Killer Inside Me" - MC 900Ft Jesus
"Papa's Got A Brand New Bag" - James Brown
"Mission Impossible"
"Hot Wire My Heart" - Sonic Youth
"Nothing Can Go Wrong" - South Central
"Flowers Of Romance" - Public Image Ltd
"Don't Play No Game I Can't Win" - Beastie Boys
"Murderer" - Barrington Levy
"Accuracy" - The Cure
"Staying Alive" - The Bee Gees
"I Will Survive" - Gloria Gaynor
"Ace Of Spades" - Motorhead
"No Escape" - Excision
"Solitaire" - Gallon Drunk
"Physical" - Olivia Newton-John
"Safe From Harm" - Massive
"Danger Signs" - Penetration
"Groovy Situation" - Keith Rowe
"It's Obvious" - Au Pairs
"Glory Box" - Portishead
"The Bouncer" - Kicks Like A Mule
"Who Wants The World" - The Stranglers
"You Can't Be Too Strong" - Graham Parker & The Rumour
"The Boys Are Back in Town" - Thin Lizzy