Since My Man's Gone - Chanteuses

Pop music. Girl meets boy. Falls in love. It doesn't work out. He hawks his heart elsewhere, (maybe to the devil if he's Robert Johnson). Girl left broken-hearted. Feels the need to tell someone. In song. If these chanteuses don't make you rip your own heart out in solidarity, then you have no heart!
1) Nina Simone - My Man's Gone Now
I first came across the song in a wonderfully campy OTT version sung by Jeffrey Lee Pierce and The Gun Club. I love that version, but then I heard Nina's. It was no longer a campy song anymore, let's put it that way...
2. B52s - Give Me Back My Man
The B52s, vampy beehive beach party band, when could they ever be associated with pain and heartbreak? And yet Cindy Wilson's voice all sugary sweet Stepford Wife flutters and cracks with an undertow of despair until she belts out the title line in the chorus, with a voice of broken glass.
3. Julie London - Cry Me a River
If she is to take her man back, he has to demonstrate to her that he's cried the same floods of tears over her, as she did for him. Her rich voice subtly wavers between the confident and the cracked. Breathy with both sensuality and faltering belief. This song is slow enough for Julie to take her time carefully modulating her delivery of each word. As much as I love punk and all things after, it's freneticism scarce allows for such vocal detail.
4. Poison Girls - Done It All Before
Talking of punk, this is one of those rare slow ones. Is there a more world weary female vocalist than Vi Subversa? "She's done it all before, but not with you". Ouchy!
5. Dionne Warwick - Walk On By
Another female classic I first encountered as a punk cover version courtesy of The Stranglers. But after a confident intro, Dionne's voice hovers on the edge of tremulous without ever surrendering to it. She's keeping it together, but receding ever so slightly in the mix, like she's choking everything back down, tears and words. When she speeds up the delivery at the end, it's like she's girding herself and challenging him at the same time. Delicious.
6. Janis Joplin - Piece Of My Heart
From the bottom of the bottle. Drained to the last drop and then refilled with real tears.
7. Billie Holiday - All Of Me
Talking of being 'in pieces' Billie laments like no other vocalist. the phrasing and everything are just heart-rending.
8. PJ Harvey - Rid Of Me
Such a mighty voice dripping ardour from such a tiny frame.
I challenge you play all 8 tracks uninterrupted and not remain without a tear in your eye and a little ache in your solar plexus.
Posted by Sulci Collective at 17:44 No comments:

I have only a layman's comprehension of physics. Despite that I'm boldly plunging into a new piece of writing about physics and have started to read around the subject as background. Naturally I'm stumped by the material, but there's one thing that really bugs me in my ignorance and I'd be very grateful if anyone could unravel my confusion for me. But only with recourse to words please! Any mathematical proofs will be completely over my head. Besides, equations and novels don't often make comfortable bedfellows.
Einstein's thought experiments that led to his two theories of relativity, were posited around the speed of light. The 'fixed', unvarying vantage of an observer was shown to be false at speeds approaching the speed of light. If an observer was actually travelling along a beam at light at its speed of 186,000 mps, then all sorts of strange things happen to space and time within his/her observations at that speed.
But my question is, if the observer is travelling at the speed of light, so that everything becomes the present, with no discernible past, then what happens to the light itself? If there is only the present, then is the light actually moving? Would the light not just be present everywhere simultaneously? And yet we know that light is an energy source, it originates from some star burning fuel somewhere and that the energy moves through space and time. If the observer is travelling on the light beam, then relative to him/her the light isn't moving at all?
If anyone can help sort out this muddle in my mind I'd be terribly grateful and you'd get an acknowledgement in the novel too!
Thanks in anticipation
Posted by Sulci Collective at 19:05 8 comments: 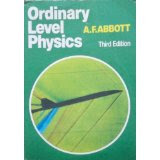 I hated Physics at school. Even though I loved Chemistry.

Partly because the Physics teachers weren't cool, in their creased corduroys and pipe tobacco scarcely concealing their body odour. Chemistry teachers seemed normal even ranging to cool. One of them played a high level of semi-professional cricket.

Then there were the classroom-labs themselves. In Chemistry your head could sink to the surface of the bench where your eyes would rest on the exciting potential contained within the bottles of acids and alkalis ranged there. In Physics, what did you have as an equivalent? Gas taps for bunsen burners, which was odd since I don't remember ever doing an experiment involving heat in Physics. Oh yeah, there was Boyle's Law I think...

So probably it came down to the fact that I understood Chemistry, whereas Physics I couldn't make head nor tail of. I could never get to grips with solenoids and circuits because I had no idea what electricity or magnetism actually were. Where they came from. And I could never get past that incomprehension of first terms. The only part of Physics I understood was radioactivity and let's face it, that's chemistry anyway!

I was obviously aheaded down the path of Arts curricula rather than Sciences, but was advised by sciency older cousins to continue with Physics to exam level rather than Biology. I was happy to duck out of Biology before I had to take up a dissecting scalpel, so I took their advice.

But then I had to confront the same conundrum as before. A complete dearth of understanding of the subject. I was advised by the same cousins that both curriculum and exam exactly mirrored the very good textbook, Abbott's Ordinary Level Physics 4th Edition. They counselled me, all I would have to do is learn the textbook from cover to cover (except the radioactivity section, cos I understood that).

And so I did. Like times tables and Latin suffixes, I learned every page by rote. Still didn't understand a single blasted word, but I could regurgitate it in an exam. I achieved a bang middle of the road unspectacular Grade B and took my path down the Arts subjects English & History and promptly forgot every bit of Physics I had committed to surface memory. They wouldn't let me do Chemistry without either Physics or Maths, so my third A-Level was the lamentable pseudo-science that is Economics which I hated then and now looking at Governments and Bankers, doubt that it is any kind of credible academic discipline whatsoever.

After University, somewhere along the line I started reading the odd bit of popular Science. I really can't remember how I developed an interest, but it could just have been down to Stephen Hawking, whose book "A Brief History Of Time" was a real best seller that adorned bookshelves probably unopened up and down the land. I stumbled my way through it and gleaned very little understanding. But I continued plodding along with Richard Dawkins and Steven J Gould, about 2 or 3 titles a year max.

I had a trans-Atlantic flight and decided to give "A Brief History Of Time" another go for its duration. This time I grasped most of it, until the String Theory stuff right at the end which made my head feel like it was full of spaghetti. 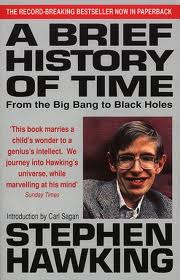 From that point on, Physics held less fears, though I couldn't claim to understand all of it . But Stephen Hawking had cured me of my antipathy towards Physics through his wonderful writing. Complicated thoughts expressed with crystal precision and unafraid to offer a metaphor to aid understanding. Quantum Mechanics and sub-atomic particles seemed to offer me as a writer some wonderful metaphors I could employ in my writing and gradually this has all coagulated into the idea for my current work in progress. Based around the notion thrown up by Quantum Physics, that the observer influences what he/she observes, whereby my main character is involved in surveillance for his job.

And the weird thing that emerges from this new project? I bought a copy of my old school textbook, Abbott's 4th Edition and I will be reading it for research. I wonder how much will come back to me and how much I may understand this time round.
Posted by Sulci Collective at 18:21 7 comments: