Deciduous Decisions
Gripping her shoulders she shuddered at her own touch. She stared out the window and saw the autumnal trees in her garden. The kaleidoscope of reds and oranges through to browns and yellows. She looked down at her wrists displaying the same spectrum of colours. Contusions and confusions. Maybe Mother Nature too was full of irascible rage. That she seized hold the limbs of trees and lashed them with punishing blasts. Grabbed outstretched branches and shook them insensible. The coloured bruised flakes there falling from the ligneous skein. And like her, they obligingly returned to the fold year after year.

Trooping The Colour
The Accounting Department sought to splatter the Human Resources team with their green dye. Colour co-ordinated with the green visors on their helmets that were the sole way of identifying which side you were on, with everyone attired in the same camouflage combat jackets. "Green for rookies" jibed the HRers as they were suiting up. "Yeah? well they gave you lot yellow for the cowardy custards" retorted Malcolm as he clipped on his paint cartridge with a satisfyingly resounding snap. It instantly elevated him to team leader. He turned to address them all as he clasped the flag in one hand. "If I see anyone marked with green paint, it means we've shot one of our own. There will be no death by friendly fire got it? Or there will be most unfriendly in-house firing back at the office" he winked and brandished the flag reverberatingly in the air.

While middle management were ramping themselves up to make action paintings of their genial foes, somewhere else teenage boys were putting coloured bandanas around their necks or foreheads. Or just slipping them into the back pockets of their uniform denim. These colours the only way to distinguish one coterie from another. The projectiles emitted from their weapons however were not colour coded. And uniformly they splattered red across the bodies of those that found their targets.

Painting By Numbers
How would the Bard have done it he contemplated? Of course he was assisted by the Jacobean beliefs about the human body. The Theory of Humours. Yellow bile, black bile, blood and phlegm. Choleric, melancholy, sanguinity and phlegmatic. What an artist's palate that made for. Dip your brush in the yellow pigment and mix with the carmine, to dilute the aggressive ambition, or inject a bit of urgency into the dilatory sanguine. Blend the jet black with a dab of that mucal green and the melancholic comes to more of an acceptance of the absurdity and cruelty of the world. Ready-made characterisation. If only it was all so easy to reduce the human emotional scale to such graphic formula. We've gone too far the other way now. Those four character types reduced to simple emoticons. A new simplistic graded happy-sad pH scale of emotion.

If neutral is zero, then the happy clappy adjectival parade all range positively in one direction. A heliotropic embracing and blossoming. Contented-Pleased-Delighted-Gleeful-Thrilled-Jubilant-Ecstatic. But this branch has been viciously pruned into fruitlessness anyway. Alas, not so for the sad shower. The abject adjectives. A phalanx, not tight-knit, but overlapping. Braced dyads of dark-shaded feelings. For every melancholic, there’s somebody jaundiced. Downcast/Discomfited - Sorrowful/Cut up - Morose/Bitter - Miserable/Stricken - Despairing/Repining - Anguished/Tormented - Suicidal/Baneful. The umbra resolutely wallowing, stewing in one’s own juices. While the penumbra, wrings its wagging and pointing fingers of blame at a gnawing external source. One which can be lanced to drain all suppurating feeling. The tenor of its march therefore, can only lead to a confluence with revenge. Revenge is not itself an emotion, but spliced with them like a gene therapy, becomes one in most respects. It does, after all, itself impart motivation for swingeing action and deed. The impulse for revenge, if successfully discharged, can actually turn the emotional pH scale on its head. It will launch you into the happy alkalis, as you recast over in your mind the exquisite piquancy of how it played out. No wonder Shakespeare wrote so many plays about revenge. His so-called comedies just weren't funny though.

Laser Colour Therapy
"The man slashed his wrists and bled on to the carpet in an echo of his own colour splotch art. Only it was figurative for once with his corpse lying in the centre of it. Of course he was depressed! They're not spiritual paintings. If anything they were cries for help. Black canvases expressing his fatally dark moods."

"And the coloured canvases? Shimmering, dancing hues oscillating in front of your eyes?"

"Unlike this divine soufflé, I think you're over-egging it somewhat!"

"Not sat down here enjoying a fine wine and some bourgeois dinner chatter. I mean in a gallery, stood up close, entering the painting. Getting sucked into its heart. Windows and fiery forges... crucibles of creative power."

"I thought you said his paintings represented contemplative stillness? Now they're dancing?"

"Only in comparison with Pollock. He was all about the gross materiality. The paint trails succumbing to gravity. Rothko expresses... the metaphysical. Grasping towards the ineffable."

"With slabs of paint? It's still fabricated from matter though isn't it? He's like a die cast machine, stamping a great big press on all figurative and landscape art that preceded him. The arrogance of the man, trying to eliminate the history of art altogether."

"He did employ his own style of pentimento. Conservationists of his work using ultraviolet light have revealed just how carefully he layered his paint tones."

"They're not forges, they're furnaces."

"You're both in error. They're furnaces. In which human beings were burned. What you call pentimento are the remains of the human fat inside the furnaces. Clearly the paintings are windows on the Holocaust." 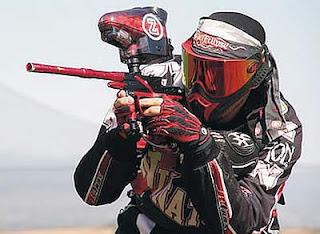 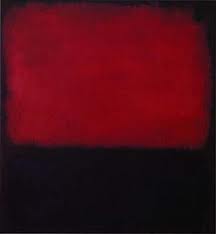 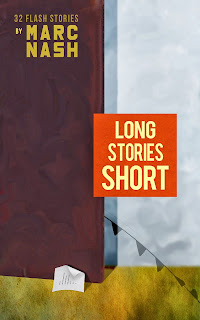 Posted by Sulci Collective at 09:25

I can sing a rainbow of colours, with Kermit the Frog sitting aside a log, banjo in hand (so to speak).
There is always such power in your choice of words to communicate your ideas. Love it.
Adam B @revhappiness

Love, love, love this one Marc! I especially like Trooping the Colour - so vivid I felt that red.
Add this one to your "best of" list.

Wow, four stories in one flash! The color theme worked really well, I think, it just kept pulling me along to find the barbed point in each sub-story.

A veritable tetraptych of a painting (nearly mis-spelled that as teraptych, now that would involve a lot of writing...)

I think I'll be using "Braced dyads of dark-shaded feelings" to fuel a future fridayflash.

Your thoughts on revenge are what particularly stick with me

I knew you wouldn't quit blogging! I quit blogger for awhile though. Sorry about that! Lol.

What happened to the swan song?

Personally, I love how you used emotion, chaos, death, and color to tie the stories together. And then turn it all on its ear to break into an art debate. Lol. Awesome! Lol.

An interesting meditation on colour theory. Have to wonder what you'd come up with if I asked you to write one about glitter...

I love this exploration of color in sight and in life. My favorite is Deciduous Decisions. It's simplicity strikes me harder than any other. Very well done, Marc.

Trooping The Colour was a lovely story...

That's got me thinking - great writing!

A kaleidoscope of colourful stories - nicely worked together!

A veritable feast for the reader's eyes and mind Marc. Wonderful writing.

I particularly liked Trooping The Colour.

I nominated you for a Liebster Award:
http://www.the-eyrea.blogspot.ca/2013/01/liebster-award.html

Some friends and I ran a small paintball field during the time we were in college, so the bit about the Accounting Dept challenging HR struck me especially well. I enjoyed the whole thing, though - the way you tied it all together around color. Clever, as always.

Wonderful writing (as always), Mr N. What's weird for me is that A) I watched an anthology film this weekend, and B) My flash (as you commented) dealt with colors in a small way. You mashed the two together brilliantly!

I've learned (not a few) new words in this colorful metaphorical symphony! Loved it, it was... sublime.

It's all interesting and challenging writing, but I really enjoyed the dialogue of 'Laser Colour Therapy'.
Your writing always asks the reader to think a while and to have an opinion which is refreshing. Having read this collection of stories, i feel much as I did having completed Proust's 'Swann's Way': I might not understand everything I've read, but I know I have grown as a reader as a result.