The first time I clapped eyes on her was discomfiting. Not from the very outset, when our gazes ranging across the party intersected and locked on to each other's visages. We were both wallflowering the florid wallpaper at opposite ends of the room. Me playing it cool, my shoulder blades braced against the wall, my arms crossed in a challenging rebuke to the inelegant entertainment on show. She stood at an angle, her slender bare arm raised against the wall like a flying buttress. Her fingers were tapping time, but not to the crass rhythms tripping up those drunkenly essaying to trip the light fantastic. More as if she was palpating the skin of fruit overhead on a tree. Anguine coiled around Eden's bounty. Her stance was infinitely more insolent than mine and I was smitten.

So I sashayed as sardonically across the shag dancefloor as I could muster, until I was resting my own arm against the wall above my head. She tilted her face to inspect me down the length of her nose. It struck me as a scornful manoeuvre, so in order to regain the upper hand I pertly laid the pad of my thumb under her chin and hoisted it so our eyes were level. I stared long but not very deep. Or possibly vice versa, since I was completely thrown by what I was confronted with.

At first I couldn't figure out what I was looking at. Her eyes certainly weren't both focused on me, whereas mine were acutely lasering themselves trying to come to rest in the depths of hers. But the vertigo induced was not from any boundless infinity. She seemed to refuse to hold my gaze and that only dragged me in further. And then I fathomed it. She had a false eye. Only one of the pair was able to swivel and pivot and track my own boring deeply towards her. She just nodded at my realisation, my thumb still cupping her chin as if it were her spindle, so that her chin bevelling down finagled my digit into the small of her throat, bringing the rest of my fingers brushing up against her lips. Now I was the one inclining my head, trying to pierce her intent. Her tongue told me soundlessly, when it lapped at my fingers.

That first night back at her place we didn't have sex. We talked, we probed, we perlustrated the miniature shrunken images of ourselves in the pupil(s) of the other. Seeking after the secrets of one another's souls. A mite tricky in my case, since her eyes offered two divergent views. One dancing, sparkling with life and a daring ardour. The other icily cool and dumbly reflective. Or so I thought.

When she established to her satisfaction that I was neither freakishly nor fetishly attracted to her strange mien, or that I imagined I could somehow aver myself superior to her, she allowed me into her heart and her bed. We held one another while she unburdened herself of the story how she had come to lose an eye, in a somewhat Biblical pronouncement of justice by an ex-lover. I steeled myself against shuddering at the graphic detail, but could see why she was so careful to vet my reactions prior to this unveiling.

Making love to her was unique. I was transfixed by the coruscations in that glass eye that did suddenly come alive and ignite. As her good eye rapidly blinked and the iris rolled back into its sheathing, the glass eye took on the appearance of a snowglobe as its purview filled with tiny fluttering motes. Changing my focal plain by looming up closer into her face for a kiss, I saw these motes were like butterflies. Like thousands of butterflies taking to the wing after emerging from their chrysalis. The scene there was beauteous, if indeed I could call it a 'scene'. But I was transported away into its cupidity that's for sure.

As we drove deeper into each other's unfamiliarity, her eye changed its outlook. Now it was foggier, like the molten viscosity of a lava lamp. Slow, languid movements. Serpentine, sinuous curlicues of spangling light lay within. I quickly gazed at the rest of her face. Every feature, including her envisioning eye, had receded behind a gauzy insensibility. Everything was focused, directed by her glass eye. It pulsed and respired for her densely layered carnality. And I got sucked right in. I hoisted myself up yet closer and my tongue lapped at the glass orb. I wanted to drink her in. Coat and smear myself in her unquenchable sensuousness. I no longer wanted her to be contained behind glass. She flared up alright.

Her seeing eye probably hurtled to the front of its socket. But the fearsome change was within the vitreous one. The soft billowing velvet nebulae bucked and reared. Terrible tsunamis clawed at the glass' meniscus and turned the deepest shade of red. The waves flung themselves away from the van of the glass and I suddenly saw a plethora of tiny globes enflame and plummeting like fireballs. I regarded lava eruptions and planetary conflagrations before me. And I was terrified. I shut my own peepers in order to eclipse the seething convulsions. Nonetheless I couldn't help but wink one eye part back open in order to witness her raging passion. But I knew I could never match the omnispectivity of my one-eyed queen. 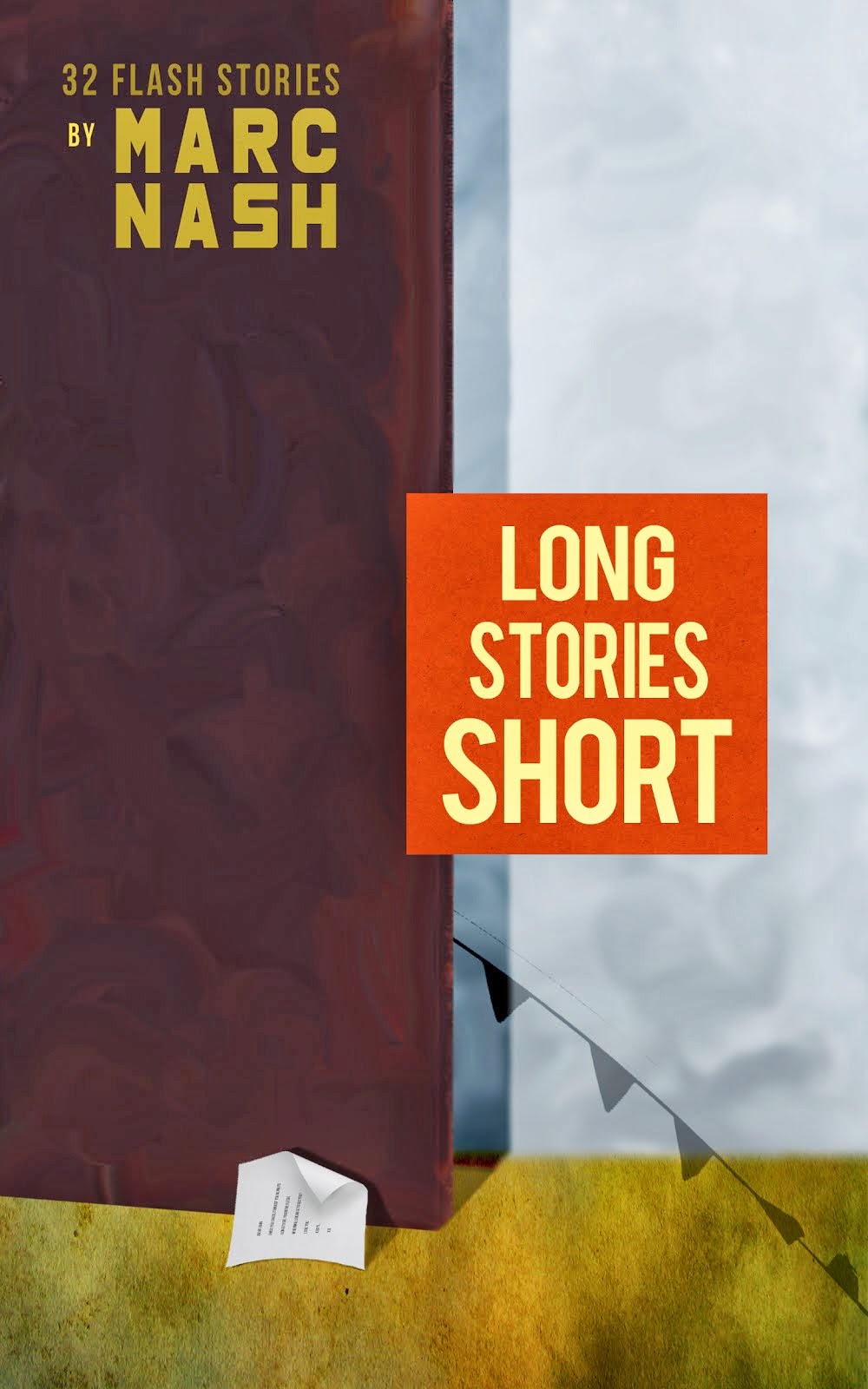 This was the earworm I had which inspired this story. It's amazing the synchronicities that lead to the creative process. Why this particular song buzzing around my head at this particular juncture and why now so that it prompted the idea of this story? I'd known the song for an age, why hadn't it prompted the idea way back then? Presumably I was receptive to writing a story about love and ardour and power this week, though I wasn't aware of a burning need to write such a story. Which came first, the song or the mood of the story that wanted to be written? I have no idea. Inexplicable how it all comes together.

Posted by Sulci Collective at 16:31

Sensual and visual writing, Marc. There was a real 'focus' to this piece. ^_^

I particularly enjoyed the early part of the courtship. Delicious line: "Her stance was infinitely more insolent than mine and I was smitten."

That last paragraph... well, let's just say it took me a whole month before I could face putting my contact lenses in when I first started wearing them - squeams ahoy!

I always find it fascinating to see where songs come from, and this story seemed to 'illustrate' that song perfectly.

I liked how the glass eye reacted after all. And definitely all the posing at the beginning.

Your postscript was interesting, 'cos I got my story this week partly from "Down in the Park" by Gary Numan. I think it's like chemistry -- the known prompt is inert until it reacts with other factors known and unknown.

Very colourful imagery in this Marc.

I really liked the interaction at the party, although he tried to gain the initiative, I think it was hers all along.

A wonderfully descriptive journey through the transformations inside her false eye during the love-making.

Hmm...wonder if they can keep it together now he's seen that in her eyes. Fascinating idea and powerfully told.

Whoa. That is some glass eye. Very pretty writing.

What an awesome story, Marc. It's crazy how something we've seen or heard 100 times can suddenly inspire. I loved this line: "Her stance was infinitely more insolent than mine and I was smitten."

But the story also frightened me a bit because my aunt has a glass eye--the real one she lost to a lover's anger as well.

I'm glad you drew inspiration from this song because it's bloody brilliant Marc.

What he envisions in the glass eye, I do as well.