With a million books being published every second (unofficial stat), it's maybe none too surprising that many books share titles with others in the market. Now it is possible to ensure uniqueness, "Psoriasisters" as an epic family saga ought to stand alone, or "Campfire Legends of Hopalong Goldfarb" should nicely niche the Jewish Westerns market. "Quantum Vichyssoise" for those cookbooks in zero gravity...

I give a lot of thought to my book titles, but one thing I omitted to do was to check top see what was already out there. I was alright with my first novel 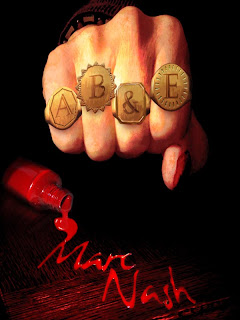 "A,B&E" was unmatched by any other title. Largely I think because it was you know, conceptual!


My second novel took it's title from the slogan of the Anti-war movement campaigning against war in Iraq. I later discovered it was listed against the enfant terrible of British journalism Julie Burchill's "Not In My Name - A Compendium Of Modern Hypocrisy" which I was pretty cool with, not that I've read it. And now as other wars and fronts open up, the slogan has been reappointed to oppose these wars, my book is still as relevant as ever as it lays bare the psychology of extremism and the paltry abilities of the mainstream to comprehend it in any useful way. 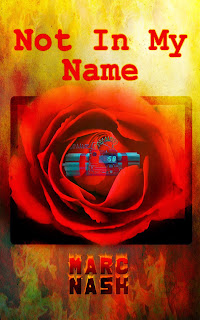 But it was with my third novel that I really should have done my homework and ever since which I unfailingly do. The number of books called "Time After Time" is mind-boggling. And a tad depressing. Of all my books this one had the most titles I went through until I landed on what I thought was the perfect one. It so fit the book, but apparently it fits scores of others too. I even met one of the authors of the same-titled books on Twitter this week when he RT'd a pun hashtag entry of mine. We both followed each other and commented how each other's book looks interesting. Neither of us bought the other's tome though!

And so to my upcoming new publication, a collection of flash fiction entitled "Extra-Curricular". It goes to print soon, so I looked up books with the same name. Unsurprisingly there are a few, predictably about illicit affairs between students and teachers. So, safe in the knowledge that there isn't a whiff of paedophilia within my pages, I commend to you my relatively matchless title 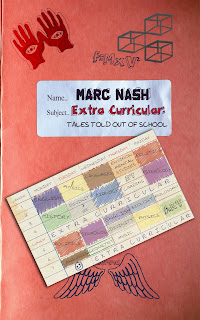 Available for pre-order from Amazon & I-Tunes

Posted by Sulci Collective at 13:21

At least you're being ethical about it. At the online music store I usually use, you have to watch that you're bing the song you want by the actual band that wrote it, and not some sound-alike cover version. Likewise, I know some self-pub gurus will tell authors to riff on a more famous title (not enough to get sued of course), especially if the books share genres.

Ultimately, I think it's just a good excuse to re-read Borges' "The Library at Babel".