Those of you who follow me on twitter may have seen my occasional expression of hostility to TV sitcoms that depend on the stupidity of characters to raise their laughs. Take a bow "Not Going Out" by Lee Mack where all the characters other than the wise-cracking Lee (basically doing his stand up act and wedging in one-liners where the script can't support them), are pig thick and much of the supposed comedy ensues from their misunderstanding, nay mangling of the English language. But Shakespeare also employed the same device of characters who were mastered by words, rather than mastering them, but they retained more dignity than Mack's characters.

But it's not limited to this particular show. Even the hugely popular "Only Fools And Horses" had a roster of ninnies and well yes fools, also overwhelmed by their ignorance. Only the scriptwriters and actor skills investing them with enough humanity and pathos I believe swayed us the audience to embrace them to our hearts. 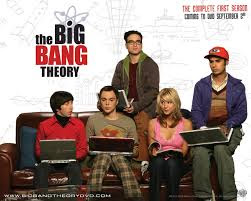 So "The Big Bang Theory" has to be by definition, comedy at the other end of the spectrum. Four uber-nerds with brains the size of planets and a concomitant plethora of absent social skills is the heart of the comedy. So no comedy of the stupid on show here. And I want to like it, I really do. The writing is witty and clever, but not laugh out loud even though I get most of the clever science gags. The performances are also top notch, particular that of Jim Parsons as chief uber-brain Dr Sheldon Cooper. His physical performance of someone with a host of tics, neuroses and an inability to evidence most of the everyday things about relationships such as apologising, keeping a secret, compromising, is something rarely seen on mainstream TV. I am in awe of his performance week after week. Actually I am mesmerised by it, to the extent I keep coming back to the next episode. But I don't laugh all that much.

The monstrous character has a proud centrality in TV comedy. Consider Basil Fawlty for example, a man consumed by petty snobbery, delusions of grandeur, primness, sexual frustration within marriage and an inferiority, not to say fear, before his wife. Fawlty is a comedy creation of sheer genius.

Sheldon Cooper is equally monstrous, but not one I find funny. Fawlty always loses, he is a clown who falls flat on his face. Cooper rarely loses any situation, because his behavioural demands usually cause others top kowtow to him. Falwty is highly vulnerable, Cooper almost inviolable, because he doesn't understand most of the hurt he is causing and little can penetrate him in return. Fawlty keeps trying to realise his dreams; Cooper has no dreams because his vision is so narrow and he is 'successfully' living within its narrow parameters and rarely shaken from it.

Finally, I am a little uncomfortable being asked to laugh at the antics of a domineering and dominant character who is I believe, somewhere on the Autistic-Asperger's spectrum. He is so impaired in his social interactions, that one has to believe there is a neural cause behind it rather than a psychological one. So the comedy revolves around the monstrous behaviour of a character who in all likelihood has a neurological condition underlying it all. Hmmm...

Still searching for some intelligent TV comedy for the 21st century along the lines of Fawlty Towers (which is after all nearly 40 years old now). Any suggestions? 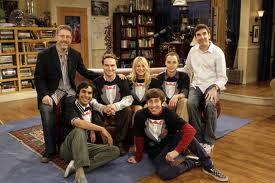 Posted by Sulci Collective at 16:06

I've enjoyed Rev, The Thick of It (more satire than sitcom I guess) and Getting On.

Thanks Yvonne. I was at college with Tom Hollander who plays the lead in Rev and he is a very talented actor. But the comedy I find just a shade light in the programme. I don't know "Getting On" so shall check that out. I've never got on with "The Thick Of It" as clever as it undoubtedly is, I just didn't find myself slipping into its embrace.

Big Bang Theory is one of those programs that relies heavily on the insult factor in order to succeed (no one goes unshamed), and this 'insult factor' is used to excuse the other, more blatant excesses of the show - which it shouldn't.

Sheldon is a great character (or was, I stopped watching the show ages ago) whose 'issues' have been misused by the writers/producers to keep the insult factor high (as you point out). Because he is so 'problematic' we have to 'laugh off' his behavior since it is so - superficially - outrageous.

My issues with the show stems from how that insult factor is abused through the male characters who act, at times in blatantly sexist and racist ways. I don't know many women who can relate to this program since the main female lead is written as a 'dumb blond' type who is put down for her lack of education, among other things. The show has introduced other women to the show (all of them, without fail, variations on the nerd dream girl and all of them sexually open - including Sheldon's brilliant mother).

This too, is 'excused' as the lads are NERDS, and therefore GOOD. They aren't over-muscled jocks or pot-smoking bikers. They are the 'ideal' boyfriends because they are intelligent and kind of silly and therefore, love-able. The women, too, are nerds of a sort and, therefore, perfect for the male leads and also love-able.

I've no idea who relates to this, actually. SF fans who like that they collect comic books and name check shows like Doctor Who?

Spot on DJ, but the show I presume must have its hordes of fans since it is in something like it's 8th series?

If the British show "Not Going Out" ever hits your TV screens over there on the West Coast, please don't expose your eyes to it or you will throw your TV out of the window. The stupidity of the characters is breathtaking, but that of the women is even greater. Ugh...

American network television is something of a dying beast - it has to compete with cable and, therefore, have some kind of edge. BBT is one of those programs that continues to appeal to young men because of its 'edgy' (read: childish) humor, so it survives where others fail (and 'Nerdism' is a bit of a 'thing' here).

That BBT is considered one of the 'top' shows tells you just how bad our television really is (and who it caters to).

I'm not as kind as you are. I was into Big Bang Theory for a few episodes and then lost interest. At first I thought it was because they spent more time doing "drama nerds" than "science nerds" -- and a show about drama nerds is totally cool if it works, but don't call them science nerds.

Then I went on vacation to New York City with a friend, and we shared a hotel room that was only large enough to have a bunk bed. I had top bunk and she had the bottom bunk, and she was watching TV one night while I read a book. She watched several sitcoms in a row, including BBT, and it finally clicked: this show has all the same beats, all the time "laugh gaps", that any sitcom made since Ozzy and Harriet does. It's so so worried about "alienating" potential audience that it gets watered down to... everything else. There's the odd mention of centripetal force, and people regularly wear t-shirts you'd have to be a nerd to know, but the scripting and conflicts are just plain old sitcom.

And... maybe that's why I mostly watch dramas. Dramas can have verve and intelligence and funny bits -- sitcoms rarely manage any of that.