The Idea Of A Man - Friday Flash

The mummified remains from the peat bog looked both like a man and yet very alien at the same time. The chemicals had preserved his body whole, but had tanned it like leather. It looked like one of Van Hagen's plasticised human art exhibits. His clothes were only preserved as shredded rags in places, but the bindings that shackled his hands behind his back were intact for all to see. Who was this man? Who had he been?

The detail of the fetters pricked people's imagination, as conclusions were drawn that the man had been executed as a prisoner. Or offered as a sacrifice. Science could analyse what the man's last supper had been. The remains of his clothes, or their accessories to be more accurate, suggested tantalising glimpses of his social status. His tattoos were felt to yield him a personal narrative depicted on his skin. The wear and erosion of his X-Rayed bones was interpreted for the way that he had walked and that he was left-handed. A profile of this man was built up and accordingly a name was conferred upon him so that everyone imagined they knew who he was. We conjured a full idea of who he had been. Had he known himself as much as we purported to know him? Had he looked inside himself as deeply as our forensic instruments?


There were queues snaking round the museum. A glass case, like a Damien Hirst bisected animal exhibit, contained the lithified remains of a man. A citizen of Pompeii, cured and petrified beneath volcanic ash. Who was this man? Who had he been?


No one of course, since his essence had long vaporised into the air. The ash had formed a perfect mould of his body, and the hollow mould had been cast with plaster of Paris to bring out his ghostly essence now on display behind glass. The idea and outline of a man. Slightly shrunken compared to our own contemporary well-nourished corpulence, his body bent into the unnatural angles of death. Hands protecting his featureless face, or perhaps clasped there in final prayer. Or maybe just blotting out the sight of impending oblivion. This sleeping man persecuted by unimaginably agonised dreams for eternity. Tourists travel to Herculaneum to see the lewd mosaics and graffiti, in order to transpose Pompeii's victims to the clues here about their lives. The wine coolers. The baths and water plumbing. They never saw it coming, but we have a pretty good picture. We fleshed him out, gave him a back story and inducted him into our collective history. This hollow man was now full of substance. Ornamentally displayed there under glass. Cast as an impure idea of a man who once might have been. Fired not in flesh but in gypsum. His body pockmarked with air bubbles and tiny gouges in the grain of his second skin. Turned inside out, like a death mask viewed from within. Glazed with our projections colouring him. Fusing him to our sensibilities rather than any he may have once held.

The TV channels had deemed that we couldn't view deep fried crispy human, but squashed flat as a pancake man was entirely palatable. Hence the cameras didn't zoom in on retreating armies burned in the cabins of their trucks and seared to the steering wheels by the heat of high explosive. However, the soldier who had presumably tried to flee from the troop carrier once the planes had been detected overhead, but ended up beneath the caterpillar tracks of his armoured vehicle, was fit for human goggle-box consumption. Who was this man? Who had he been?


He had been filleted, his vertebrae crushed beneath the multi-tonned vehicle, permitting the triumphant news crews of the victors to pun about his spinelessness. But his body had merged with the hardened banks of mud under the tracks, so that he was the same colour as the soil. It wasn't possible to determine if he was an unwilling conscript into this war, wrenched from his family, or a fervent defender of the motherland. Either way he was regarded as an implacable foe. Both sides could legitimately claim him as their kill. Whether he had perished underneath the tracks, a victim of friendly fire, or killed from above and his lifeless corpse tangled up in the desperately grinding caterpillar tracks, neither would be determined through any forensic autopsy, since this was reputedly not a crime scene. Despite the helpless turkey shoot it had turned out to be for the pilots and bombardiers.


He was scarce a man anymore, more of a caterpillar track. A skid mark. Fastened to mother earth, part of her topography, a contour of the local terrain. The war for the land, or more accurately the minerals and ores contained within it, had absorbed him into its maw. His bones pulverised, once again embosomed he could suckle toothlessly at the motherland's dried up-breast. An etiolated baby she offered up in her begging of favours from the victorious armies.


These men we never knew when they were alive. I'd say we only injected them with humanity posthumously, but posthumous etymologically speaking implies they were buried in soil, when of course two were merely shrouded by their murderous surroundings, while the third was blended into them. They were ashes to ashes, dust to dust on contact with their reaper. The only fleeting corporeality they evidenced was that they had died and ceased to be. That is the only pure idea of these men we were entitled to hold. Their quietus the sole element these mortal beings ever shared with us. 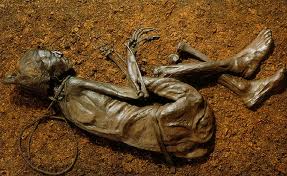 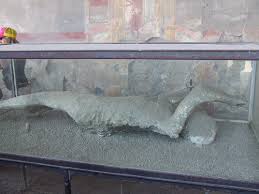 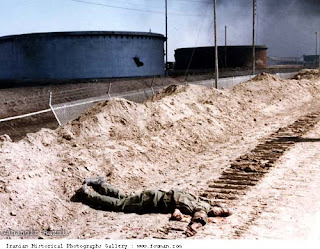 Posted by Sulci Collective at 07:13

The images at the end really hits home after the layering of words about what we pretend to know and the truth it self we skirt. My favourite line 'Despite the helpless turkey shoot it had turned out to be for the pilots and bombardiers.'

The closing images were even more unnerving than your piece and descriptions. What a tour to make after our ends.

I've never seen the third picture. How horrific.
A horrific triptych, in fact, and I do like horrific.

"a death mask viewed from within" - okay, that's taking me places. Not sure where yet, but somewhere lovely and dark.

This is a clever glimpse into our collective fascination with (other people's) death, our attempt to assign some kind of meaning to it. But in the end, the only meaning is what the living leave behind.

I've never seen the third picture either. I wish I hadn't and am grateful I have at the same time.

This is haunting and evocative, will be thinking about it for a while! Love the idea of wondering about the people behind the images they live behind. Fantastic

I've read academic papers on the meaning ascribed to the figures of Pompeii (it's similar stuff to the debates surrounding Rachel Whiteread's concrete sculpture, House) and you've really hit the nail on the head.

"This sleeping man persecuted by unimaginably agonised dreams for eternity."

Awful and awe-ful. Thought provoking and surprising as always.

The photos remind me of when I was around 9 or 10 and found a National Geographic magazine with pictures of the casts from Pompeii. I promptly developed an unseemly interest in dead bodies. The subject of death, and associated rituals in various cultures, still fascinates me.