"Kafka's Wound" is a multi-media collaboration on a new Arts Council funded digital site called The Space, hosted by the London Review of Books and partnering with Brunel University.

At its heart is a literary essay on Kafka by Will Self, but there are lots of links embedded behind icons that take you to the work of other artistic practitioners, in the form of photographs, music, animations, art works and videos all commissioned for this piece. It's very exciting, a magical mystery tour and well worth a look. And deeply flawed of course...

Self's essay is quite brilliant. A confessed non-academic literary critic, it's more of his personal relationship to the writing of Kafka, clearly a seminal influence for him. As Kafka is for me. And like me, Self eschews trying to analyse Kafka's work, as sublime and uncanny and beyond any forensic authorial dissection. In my case, Kafka is perhaps the sole writer I have never read with an analytical eye. For where his voice is otherworldly, mine is lumpenly rooted in the material world around me; where his words are lean and taught, mine look to bludgeon each other into insensibility.

Self points out that "Kafkaesque" is THE adjective that prevailed into our modern idiom from literary modernism, more than "Proustian" or "Joycean". And Self also lambasts lazy thinkers who all too easily resort to the adjective for anything intricately labyrinthine. He suggests that Kafka's representation of the individual overwhelmed and disoriented by faceless bureaucracies and unseen legalistic powers, was perhaps only supplanted by George Orwell's depiction of Totalitarian states putting the jackboot and the granite face on to these restrictive, oppressive forces. 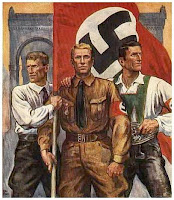 But I feel Kafka's vision is back in place of primacy as Orwell's dread regimes crumble away and the technology of the internet atomises us all amid a welter of discombobulating data and information. With the Totalitarian regime, everything was prescribed, limits were in place, the eyes of the State assumed to be everywhere; the reason I struggled with "1984" was that the power of the State was so all-encompassing, I never believed Winston Smith had a chance of getting away with his transgressions. Hence the book had no tension for me. But with Kafka's "The Trial" and "The Castle", the forces of oppression are like ectoplasm. They are powerfully indistinct, chokingly nebulous, so the individual never knows at any moment exactly where they stand and that is far more punishing to the mind.  I feel we are back at that point now, not at the hand of any government nor overtly oppressive agency. Merely the power of the free market.

There are no limits to production and consumption of virtual goods. But with that bombardment of data and information online and in digital form, how do we know we are getting the bits we want or need? We may be missing something in the deluging torrents that pass us so quickly. Even if we have the 'right' text at our fingertips, we may be so desperate to look out for the next piece in the jigsaw, we only read it cursorily, missing things buried inside.

And this is what I feel with this whole project of "Kafka's Wound". The essay at its heart is as I said, brilliant. Initially every time I clicked on an asterisk, it brought me an instant pop-up footnote or explanation which was convenient. But soon it brought up a video, an animation or a photo. As was designed for the whole project, to function like a treasure hunt of association. Yet in doing so, each time I was taken out of Self's essay. There was simply no way of being able to read and digest it as a whole. I was, at my own clicking fingers, bombarded with tangential connections and associative flavours. Narrative was utterly fractured. Now this might work well with a fiction piece, giving it further layer upon layer of meaning. But for an essay, a tightly structured throughline of logic and argument, even one as non-linear as by Will Self, such diversions become digressions and detours which shatter any coherency for the reader. Argument and logic proceed by linear steps. The multi-media egg hunt is anything but linear.

I would welcome such a multi-media, non-linear approach to a work of fiction 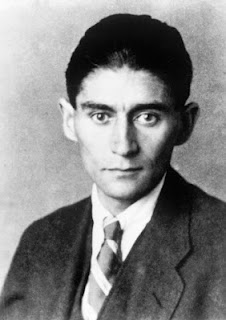 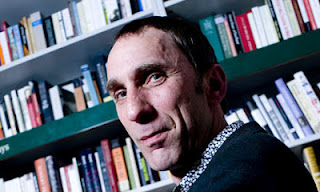 Posted by Sulci Collective at 22:50

Is there an email where I could send you a message? Wanted to discuss an aspect of the Kafka essay with you.
Best,
Nina