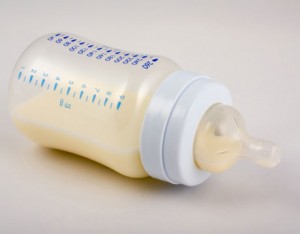 Like everyone, on entering the world I was overwhelmed by the inundation of oxygen and burst out into a mewl. For we do not yet possess the means to register our protest in any more cogent manner. Yet such a reaction also shows that all the mechanisms are in place. It represents the maiden launch of our lungs.

Once the rods and cones settled down sufficiently to allow me to process the light, I zealously observed everything around me. Gradually the details cohered, of hair, wrinkles, smile, teeth, teat, skin and hands. Additionally I managed to compose their patterns, to contour them into faces and bodies. In time I learned to distinguish them from my own. Discovering the reflexivity of mirrors helped. Now I could plot my own features and I realised that what was presented before my eyes was very different from the picture held in the mirror. That the flashed smile I was gazing upon, was not intimately tied to me. That I had a choice now whether to reciprocate with one of my own, or to withhold. There was me, then there was not me. And I was only responsible for me. Thus did the world shake out heuristically.

Whereupon I was disgusted at my own neediness.

Since my studies were punctuated by severe lapses. There I could be, scrutinising hard, when my eyes would grow heavy with the labour and I would slip off my sentinel's perch and drift off to sleep. Right in the middle of an assignment! My raging tummy too would also override any watching brief, since I could seldom keep my peepers on the main prize for that afternoon, once ol' misery guts decided to pull rank. Even though it had an eye of its own to see out, it was usually shuttered by my baby-grow, so it started its bellyaching. Entailing any further surveillance on my part, being occluded by the juddering mound of flesh I was propelled towards. Filling my purview with mottled skin and a faintly perturbing pulsing blue line running its length right up to the grizzly knoll stuffed into my mouth. Was it pumping me full of some nefarious blue liquid? The solitary saving grace about this stage, how I could still evacuate my insides without taking my beadies off the chosen target under inspection. But that wouldn't last for ever either.

Yet I was to ascertain further wily contrivances behind these adult tactics, intended to stunt my development. That same teat which was jammed into my mouth to heed the call from the muezzin deep in the minaret of my stomach, turned out to be a false prophet. In the guise of providing me with more energy and staying power, to prolong my viewing bouts, it was actually designed to constrict my burgeoning consciousness. For the longer I continued to solely imbibe milk, the greater the delay on the anatomy of my throat changing to accommodate the aural into the oral. I could hear clearly enough, but I was unable to contribute to these one-way dialogues. All the time this deceit was being practised, my deep-throated mother was cooing and eructing noises at me. Ostensibly offering me her gift of invocation. An endowment my milky-dependent anatomy could not possibly acquire. A creamy libation to my continued dumbness. Is it any coincidence that as verbs, both 'milk' and 'cream' have the meaning to cozen or swindle?

But came the time that my body demanded gritty, more granular nourishment, in such a way that it could not be ignored. My throat finally permitted to perform its pre-programmed meta-morphology. Now Mater could no longer produce inside her own body the liquid blue foodstuffs which alchemically turned to golden yellow within mine. Deuced, she was forced to decant me to my own umpire's high chair. However it was not only my food she mashed with the back of a plastic spoon. She continued to slice and dice her own words even as she served them to me. Cooing to me like a pigeon, as if it were strictly for the birds. A mummy-bird regurgitation of a bolus of phonemes, dripped directly from her tongue on to my own. Babble talk. Non-Language. I could only move in the narrow furrow of imitating her sounds. Distending my muscles, waxing my larynx, disinterring my tongue from the floor of my mouth. Hefting the weight of syllables. Hoping the alphabetti spaghetti I was periodically consuming, would rub off its runic wisdom and coat the membranes draped across the inside of my cheeks.

Eventually I scaled the pinnacle. As with my Lego, I was able to snap into place the building bricks of lexemes in order to harvest sentences. There was no holding me now. Sure I still had the odd nap and the occasional interruption of flow caused by the failure to control that other flow of nether regional evacuation. But boy could I launch into a litany of 'J'accuse' against my parents. I cast brickbats at them like Thor hurled his hammer. I tore into the history of their indignities visited upon me, of their conspiracy to keep me held under. They don't call it the "Terrible Twos" for nothing. Yet mine were not hissy fits, but perfectly articulated arguments. I did not make a scene, but rather delivered a perfectly weighted broadside. I knew that conniption was mock Latin, even as I unveiled my fine arts of Greek rhetoric.

POSTSCRIPT: He went on to win every youth public speaking competition in the land and captained the Oxford University debating team to victory in the Varsity match. Whereupon he entered politics, securing a Parliamentary seat, but had to resign after a scandal in which he was caught suckling at the breast of a suburban prostitute, while dressed only in a nappy and baby's bonnet.

Posted by Sulci Collective at 01:01

A pleasure to read, as always, Marc. I really loved the language in this one. And that postscript...humorous, but entirely believable in this context. Definitely an interesting look at language acquisition (not a topic I'm accustomed to seeing in fiction). A good story all around.

Well, it doesn't surprise me that he became a politician - but he denied himself the pleasure of being a child, hence the fetish for nipple sucking and nappy wearing ^_^

A strange but compelling read Marc and as always your wordsmithing was excellent.

As ever, your verbiage astounds me, sir. And I absolutely LOVE this line - "Hoping the alphabetti spaghetti I was periodically consuming, would rub off its runic wisdom and coat the membranes draped across the inside of my cheeks."

Marc, with the exception of that postscript, this sounds very much autobiographical....is it? :)
I love, love, love this one, and that PS sums it up perfectly.
Love this line: "She continued to slice and dice her own words even as she served them to me."

Funny, from the very first paragraph, I couldn't help but think of my dad. He swears he remembers every moment of his life, even being born(and he has told some amazing stories). But, thankfully, the voice here is nowhere near his so I was able to read it as it was meant to be coneveyed. Wonderful story!

Ha thanks Deanna, no it's not autobiographical in the slightest. I wasn't breast fed for a start and have very few childhood memories predating being 6 years old.

It just emerged by thinking about how we acquire language and reading that thing about how the change in the throat that means we can cope with solids also signals the right anatomy for speech.

Every time I look at a baby or toddler from now on I'm going to be wondering if they are far more aware than I am giving them credit for.

Perfect postscript to an unnerving piece. Chills me to think what such unpleasantly egocentric creature would have been like as an older child.

Can I be forgiven for thinking that the postscript is the most wonderful part of this?

Yes you can Tony! The piece is definitely a whole of the two bits.

This made me think of Stewie from The Family Guy.

I liked Helen's point about how the scandal came to be.

I like the postscript too. And, wow, that young-un has a massive vocabulary!