To look at them, you wouldn’t necessarily figure them to be brothers let alone twins. There is a significant height differential, while one has his mother’s blue eyes, the other my brown. The only physical trait they share, is the same coloured hair tone. But twins they are, ‘double trouble’ and ‘double the work’ we were cautioned. Not one bit of it, except at the very beginning. Double the fun was my experience as the main child-rearer.

But those first six months were indeed challenging. They were born five weeks premature so were very small and impossible to wind them after feeds since their systems were so underdeveloped. Feeds could last three quarters of an hour, the vast majority of which was trying to expel the air from tiny pockets in tiny bodies. With two mouths to feed, it would be virtually constant during the night once you include changing. My wife and I hit on the strategy of sleeping in separate rooms, with a Moses basket in each. In the middle of the night we’d meet in the kitchen on the way to the fridge, and zombiefied all we could muster was “Yours awake?” and a grunt in the affirmative. When the feed frequency slackened off a tad, my wife and I adopted a new approach; I would do the midnight to 5am shift and she would take over from then. I was a lifelong insomniac, so being up through those small hours wasn’t that discombobulating to me, but in 1998 there wasn’t much on through-the-night TV to keep me company.

“It will get easier” counsel those who have been through the process before. And it does. They started to go through the night without feeding. They graduated from Moses Baskets to cots in their own room. The separation anxiety expressed through crying could not possibly work on us; with twins there was no real option to resort to the easy life option of taking two wailing babies into the parental bed. We were strong by circumstance only. We avoided virtually the entire ‘Terrible Twos’ simply through adopting the strategy that whenever one of the boys threw a tantrum, we went and lavished love and attention on his brother. Pretty quickly they learned that there was no benefit to having an almighty strop, whether through our impervious attitude, or glancing over at his twin to see that he didn’t seem to be labouring under the same perceived injustice.

While battling to get on a bus or tube train with a double buggy always presented a challenge, we benefitted from the fact that they were both at the same developmental level and sharing similar interests. If you have young children of different ages, it is much harder to split your focus and keep them both entertained at their respective levels of interest and ability. Ours could genuinely play together. And I think they were able to entertain each other at a much earlier age than if it were two differently aged siblings. My twins represented two-sevenths of their junior football team and with such a block vote, perhaps it wasn’t wholly surprising that I ended up managing their team. We did probably err in doing too much for them that they should have been doing for themselves. For when you’re just trying to get out the front door to meet an appointment, the tendency is for you to put on their coats and shoes just for speed. Sometimes that would extend back to getting them dressed completely. It probably explains how one of them to this day is extremely lazy and expects others to do everything for him, but then his twin is the opposite so, where does that leave the Nature versus Nurture debate?

We were members of TEMBA (The Twins And Multiple Births Association) and met up with other families of twins in our locality. It was a really useful support network, but could be a bit sci-fi experiment, when you’re sat in somebody’s lounge among a constant parade of different identical twins passing in front of your eyes. Mind you, if we thought we had it tough with twins, meeting parents of triplets soon put that into perspective. We settled for our twins as our complete family in one fell stork swoop, as we did think that it would be incredibly hard for a younger sibling to break into the tight bond between twins and could end up feeling isolated. To help twins develop their own separate identities, the advice is to dress them differently and to try and do activities with them individually as well as together. I would offer one further instance of this, in that when I talked to them, I was very careful to address each one directly and not to just aim my words somewhere in the space between them. Even if that meant I then had to repeat what I had just said to his twin, it was good discipline to find some different words.

The only time their being twins has since posed a problem was when it came time to choose universities. I ended up doing a mini tour of the United Kingdom as each were visiting five or six. Open days that were scheduled for the same day at opposite ends of the country and my wife would divide the escorting duties with me. But when they both attended the same university open day, only for different courses, then it proved trickier as each demanded that I attend the key presentations with him and I couldn’t split myself in half. Those days did not run smoothly. Fortunately they have solved the dilemma of graduating on the same day at opposite ends of the country, as one decided to transfer so is now a year behind his twin.

Related Posts:
Sacrificing children on the altar of literature
Society and Children 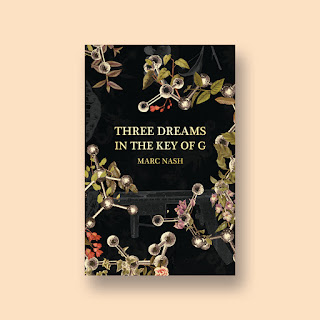 Shortlisted for the Not The Booker Prize

For videos, reviews and interviews
Posted by Sulci Collective at 14:04