How I Battled Taylor Swift (And Won?)

I believe there are two types of fiction. That which provides the reader with an escape from their daily world. And that which seeks to actively engage with the world in order to try and probe and maybe provisionally provide some answers about it. Now hold that thought…

Last night I had the privilege of reading at Scriggler Live. I had two stories and as is habitual, i rehearse them hard in the run-up to the gig and that includes hand gestures as I try and enact them to some extent. Unlike a slam poet I don’t have the words committed to memory, but I am very familiar with them and know the precise timing of a gesture or when to look at the audience and the like.

During the first of my two stories, there was some sort of minor commotion behind me on stage though there was nobody there. I carried on delivering my piece, but my brain was simultaneously working away furiously trying to figure out what was going on. Gradually I realised it was a ringtone. I later found out it was a Taylor Swift song. I wouldn’t recognise a Taylor swift ditty if my favourite football team ran out on to the pitch to its accompaniment.

Now we’ve all seen footage of actors  on stage stopping the play to berate some hapless soul in the audience who forgot to turn off their phone and it goes off in the middle of their soliloquy. But I’m not really bothered by such things when I’m reading. Many venues are in the basements of drinking establishments, so you get used to background din. Had I have known it was a pop diva warbling away behind me, I might have objected to that, but there again me trying to battle against a rousing Public Enemy rap or some industrial art noise might have posed more of an issue (you’ll note the band logo of industrial noise band Einsturzende Neubauten on my chosen hoody for the performance). 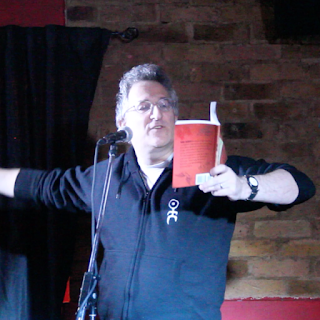 It was only after the show that I started reflecting on how my brain had performed. For I still carried on my performance (whether it had been affected in any way you’d have to ask the audience). Yet it was also processing the unexpected sensory input of noise and trying to compute its exact nature. It passed through initial confusion into full processing mode until it solved the conundrum. The brain does not settle for working in a linear fashion. It can hold several different thoughts and emotions at the same time, let alone do various tasks and functions simultaneously.

So how does that relate to my opening statements? The fiction that proclaims to try and interrogate our world is largely hidebound. It employs language, linear  subject noun followed by verb followed by object… And stories, even ones that employ flashbacks and memories, are also in the main linear. Characters follow a developmental arc, that is they start at point A and by the story’s end reach point Z which may be redemptive or at least they have gained insight. But life itself is not linear and the human brain is certainly not linear. So how can fiction that largely follows linear structures and certainly employs linear language, hope to approximate the complexities of our contemporary world? So bizarrely, the Taylor Swift incident only served to reaffirm my faith in non-linear forms of fiction writing. Taylor I salute you, though is till won’t be listening to any of your music any time soon. 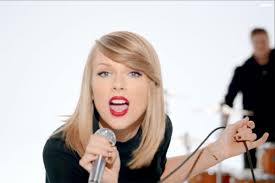 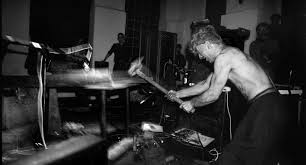 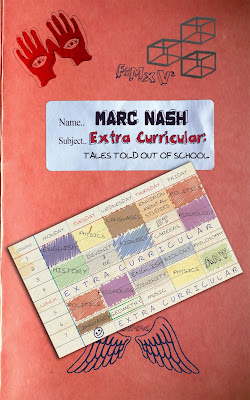 45 Flash fiction tales, many non-linear, available in print and ebook from Amazon & I-Tunes

(as is Taylor Swift & Einsutrzende Neubauten)
Posted by Sulci Collective at 22:04

see that's a reference I have no idea about!