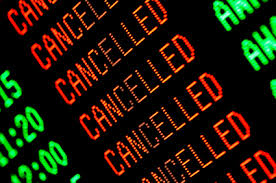 The Customer Services Liaison was explaining to him why his scheduled journey had been cancelled. He realised he was stood there with his arms were crossed which seemed a touch vehement, so he unfolded them and clasped them behind his coccyx while he listened to her bull. Her words jangled and reverberated in his ears even though they were delivered with mellifluous cadence. It was like being informed of a family bereavement in sing-song tones. Not that a family bereavement equated to a cancelled journey. Yet him being stood still in place rather than in motion was the bottom line, so all the rest was florid superfluity. Nevertheless he knew from previous experiences with the likes of this customer’s swervices ilk, that it behoved him to remain calm and not lose his temper, if he had any shot at satisfactory redress. He scrutinised her corporate uniform. He wanted to see if it was shoddy or sleek. Although neither really determined the heft with which he should treat her words. She could still be slick with her disavowals even shod in a flimsy manmade fabric, just as clad in quality wool twill might make her complacent in her pre-ordained patter. He wanted to see beneath the tissue, to scan for any guilty pigmenting of the skin. He wanted to smell her fragrance, to see if he could sniff out her respiring lies, but the synthetic terminus atmosphere prevented any scents from spooring on the air. She had paused in her soliloquy, adjudging for his response, with moistened finger held up to the windsock of his face. He grasped her hand and shook it. A brief connection solely in order to break their engagement entirely. A man shaking a woman by her hand felt all wrong. He wanted to kiss her, to stop up her insincere mouth, but knew that was unseemly.

He marched back over to his partner. She stood there with her own arms crossed but made no move to relent her angular fury. He began to relay the bare bones of what he had been told. Her eyes widened as she challenged him to the usual semiotic interpretation of a handshake at the end of transacted business. He could not admit to her that it merely signalled his desperation to end the unsuccessful conference. Instead he found himself giving a fuller rendition of the liaison officer’s justifications. He had taken her role and was reiterating the very same discourse, with his partner playing him. Only a superior more imposing version of him. How had he wound up being the proxy for the corporation that had failed him, them so unutterably? He too was professionally besuited, but not branded like the liaison. he had very different stakes in this exchange than had the functionary. He knew the arguments he was mustering would brook no weight with his partner, how had he allowed them to do so with himself? Had he become distracted by her peregrinity and so allowed her to daintily ride roughshod over him? Whereas his partner knew him intimately, so would in no way be swayed by his allure, more familiar than institutionally unctuous. She was fully aware of just how and where his body blushed, while she could unfailingly detect his reek of petty deceit. He could see it in her eyes, her determination to sweep him aside and march over to the woman and have it out with her. Maybe woman to woman she might garner satisfaction, where woman to man he could not, with either of these females. He knew he had two options. He could grab her arm and pull her back. Or he could just shake that hand and take his leave of his partner as he had with the liaison officer. And in this situation, he could in fair propriety stop up her all-to-sincere mouth with a kiss. 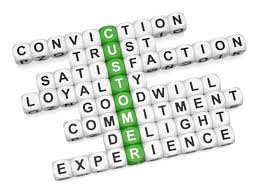 Posted by Sulci Collective at 21:19

He should let her go, she'd probably have better luck than him with the Customer Service lady!

I feel for those folks, sometimes. They have no control over the trains or airplanes, yet they catch all the flak when their employer lets the customers down. Their sole function is to give customers someone to yell at.

Will our MC's partner have better luck? One might hope so....

I don't envy people who work in Customer Services in the slightest - it was bad enough working at Costa when customers would throw hissy fits that we didn't sell anything without dairy in it. Apparently yelling at me would mean I could magic one up from thin air!