Will We In The West Never Learn? - ISIS a triumph of manipulation

Two beheading videos and the threat of a third with a British victim this time have changed the whole political landscape. Politicians are now talking about military intervention in Iraq and the war-weary public ground down by body bags from Afghanistan and Iraq before it are not shouting them down quite as vociferously as they would even six months ago. Well those were some video productions then if they have provoked such a response. ISIS have played the propaganda war perfectly.

Because they want Western troops to engage them in battle. They know that nothing will recruit numbers to their cause, more than infidel soldiers in the cities with holy Muslim shrines, or aerial bombing killing innocent civilians. It happened in the aftermath of Saddam Hussein being booted out of power. I called it a "Grand Tour", the opportunity for Muslim sons to kill a GI in every holy city. ISIS initially represented a perverted version of the International Brigades, going to fight the tyrant dictator Assad as against Franco in Spain. But reports are now beginning to filter back about how disillusioned some British recruits to ISIS have become, because they are not nobly fighting against Assad. Instead they are engaged against other Jihadi sects, or off fighting in Iraq and a party to atrocities they didn't necessarily sign up to. Western Jihadis are second class citizens in ISIS, since they are seen to lack the military skills having not fought in previous campaigns stretching back to Bosnia, Chechnya and of course Afghanistan. While culturally they are not well versed in notions of a Caliphate and certain Medieval practises such as forced conversion and beheading.

And this is the point. The Caliphate left alone to its devices would in all likelihood collapse under its own violent excesses. (It reminds me of the Khmer Rouge regime in Cambodia which cut its own throat by continuous purges for in the name of purity). But if the West dedicate itself to destroying the Caliphate, that can only inject new life and support to its cause. The West may eventually be able to bring it down, but at what cost and what future fertile ground for continued extreme islamic opposition to all things Western? You might cavil that we cannot simply let the Caliphate exist while it carries out mass executions in cold blood of any sects who won't convert to their religious ideology. But that is happening right now without much in the way of the West being able to prevent it. And it only further makes the case that ISIS continuing to function this way will push all its opponents with Syria and Iraq to unite against them, just in the name of self-preservation. I understand the case that the West could never trust the Caliphate not to try and expand its borders from where it stands now, but there is nothing to stop the West acceding to the de facto Caliphate borders as they are and protecting from further incursion with suitable defensive forces. Give the Caliphate time to destroy itself.

I am not a politician, I have no military background nor do I work in Intelligence.  I am just a writer, doing a bit of research from open sourced information and then taking a pause to actually think about how this thing might play out. I wrote a work of fiction back in 2011 about suicide bombers and the recruitment to a death cult and ISIS is the next development out of this. It is very clear to my mind that if the West went to war with the Caliphate, it would be an unmitigated disaster. It would play into the hands of ISIS strategists and rather than allow the Caliphate to fall under its own stresses, would ensure people rallied to its cause and therefore a much longer campaign to defeat it.

Breakdown of ISIS fighters by country of origin

"graduation from a human being, into a human bomb. The knack, is to change the bomber’s desires from embracing life, into a hankering after death.

Interview after interview, I was presented with similar, reedily intoned versions of how this was brought about. One strand had them sat drooling at the feet of some hierophant in a madrassa, as he categorically untangles the frayed threads of life, while they scratch their carpet-fluff beards and nod accordance. I’ll tell you something, if I was promised myriad virgins in the Afterlife, I’d probably enlist myself. Blissfully blow myself to Kingdom Come. Presumably, it’s one virgin to tend each bit of the body atomised by high-explosive. Of course, rather than nubile women, why couldn’t it equally be the ghosts of the 72 camels slain for Fatima’s wedding? That’s the drawback with numerical symbolism. It’s open to double counting.

Alternatively, they paraded before a paramilitary hawk, sharpening the recruit’s claws on his steel gauntlet. The logic he advances, is that the mission should be beyond fear, for no other soldier has such certainty of whether he will return alive or dead from his next action. Whereas the suicide bomber knows to the precise minute. What a boon.

By whichever method, these fellows are striking a deal with their egos. They don’t shut them off, rather they believe they are swapping a pretty squalid life not for death, but for another, improved life up in the clouds. A literal leap of faith. Trouble is, when their heads are blown upwards off their body towards Heaven, sure as hell it hurtles back down to earth under the prosaic ministrations of gravity. Does each bomber actually possess the finer shades of understanding, exactly what the Holy Text suggests is in store for them? Ultimately, they remain just teenagers on the most extreme and ugly of promises. And as to the secularist bombers, they too are left in no uncertain terms that they will become pin-up poster boys on the walls of Gaza and Baghdad. This is the poor man’s version of celebrity. A pension from Iran or Syria will see that their family is well provided for, a sort of posthumous dower. Or a divorce settlement." 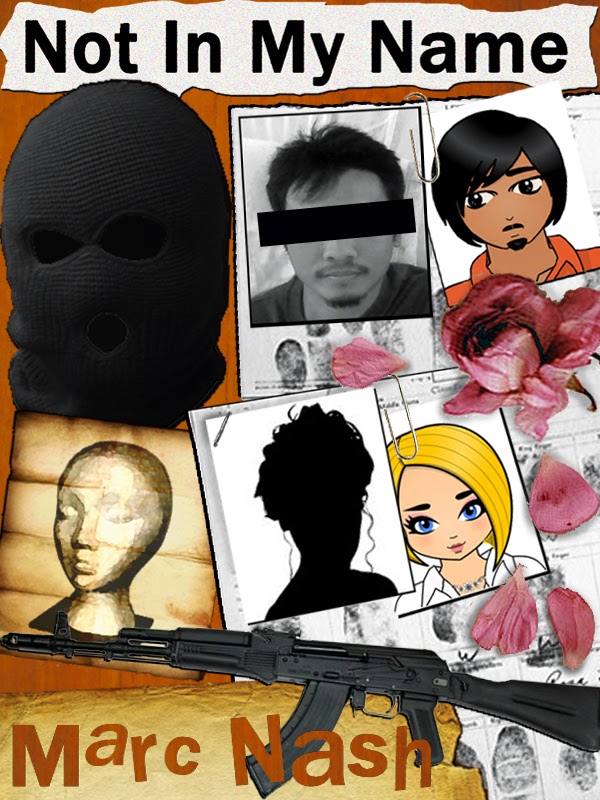 Posted by Sulci Collective at 20:03