The Moral Responsibility Of The Author Part 2 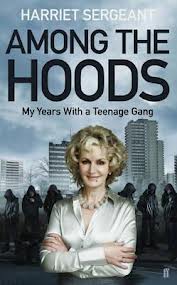 This book is an important and troubling one. A middle class researcher for a political thinktank befriends a South London gang and her book is an excellent insight into what remains a very alien mindset among such youngsters, utterly cut off from the rest of the society they prey upon. It's a really important record to be in the public domain, no matter how troubling its insights are, since it gives a wider readership the opportunity to see and understand where such alien values arise from and to follow the strange logic applied by such youngsters. I for one am glad this book exists and salute the achievement of the author in producing it.

However, the book is also deeply troubling in other ways to do with the author's own role in the narrative, that is the very real life of the boys she reports on. Quantum physicists state that the mere act of observation distorts the results that are being observed. And to my mind the same could be said to apply in this 'sociological' study. With worrying effects.

The author befriends a gang and with varying levels of interaction with individual gang members, comes to actively intervene in their lives, particularly in the case of one of the gang called Tuggy Tug. She wants to 'save' them and ultimately Tugguy Tug in particular from the bleak prospect of jail, death, addiction or sectioning under the mental health act. A highly noble aim, but as flawed as the Victorian Missionary's intent to save the 'noble savage' by converting them to Christianity. The book traces her coming to an understanding of both the barriers to these boys escaping their fates, but only by making mistakes that cost the boys along the journey. She comes to an understanding of not only how the boy's poor literacy levels works against them, but also how the system of bureaucracy is set up to thwart their likes at the bottom of the social heap. But only after dragging Tuggy Tug through the process of signing on to a Job Centre and raising his hopes unrealistically in doing so. Part of that process uncovers that he has a huge debt against his name of housing benefit he failed to back up with paperwork. An added stress brought upon him, where previously because he was entirely outside of the benefits system, had no way of catching up to him.

But even these well-meaning errors are nothing compared to more alarming elements. There is a minimal amount in the book about the author actually questioning herself as to her motives in all this. Maybe it is axiomatic that trying to help one's fellow man needs no justification, no matter how misguided. And yet I'm curious why she zeroed in so much on Tuggy Tug to the point where she is virtually mothering him (her actual son remarks on her having photos of Tuggy on her phone, but none of him, her own flesh and blood). Maybe it's because he responded the most positively to her actions of all the gang members. She remarks on his small size, maybe she is responding to a seeming physical (and emotional) vulnerability in him, but again there is no self-reflection on these matters. Perhaps she feels that as an objective researcher, she cannot allow her feelings to be openly displayed within the pages of the book. But that only leads her further into murky waters of responsibility. I find it significant that the end of the book has her recounting the tenor of some unseen (by her) documentary film footage of an interview with the now jailed Tuggy Tug. In it he extols her loyalty and efforts on his behalf as the only reliable adult in his life. To me that reads like a character witness in her defence, against unwritten accusations of failure, of meddling, of ignorance, of bull in a china shop. That it's the author indirectly averring that failure or not, it was all with the best intentions and appreciated by her study object. It's self-hagiography which blares out against the complete lack of personal reflection throughout the rest of the book.

Another way her personal stance would have been instructive, concerns the criminality displayed by the gang in her presence.  Drug taking, setting up drug deals, reports of theft and violence all take place in her presence, particularly in her car. Now while I have no issue with her allowing these things to take place on her watch because she realises it is part of the hand to mouth existence of these boys, I'm curious that she doesn't analyse her own journey of acceptance, of moving from the staunch law abider to a willing bystander, if not an actual facilitator of criminal activity. Now she is an influencer of government and policy by dint of her job. So again she may have felt that she could not openly comment on this illegality given her official position of responsibility. But what could be more illuminating in how she, a member of the establishment, was actually so influenced by what she observed on the streets as to reach a position of scarcely batting an eyelid whenever flagrant law breaking occurred in her presence?

She buys the boys food, takes them out to restaurants and museums. Gives them money. She is trying to materially affect their lives in helping them to elevate themselves into work and a 'normal' life. But they gang unerringly and depressingly shuffle along into their prescribed fates. One in prison, one in a mental institute, one addicted, one dead (their male mentor and admittedly not from gang violence) and one who has made it into designer clothes, but who had family money and influence behind him in the first instance. As much as this book is really important in being available to read, the process in which it was produced was ultimately exploitative and consuming of its cast of real life characters. There was hope throughout its pages but ultimately and for all the author's interventions, none escaped their fate. So part of me feels also that this book shouldn't be out and making money. That as an influencer with access to the corridors of power, her private observations should maybe have been kept for those policy documents as anonymous case studies. I don't know, I'm really torn on this one. But I do feel the author currently is getting an easy ride, since I'm unaware of others picking her up on her moral responsibilities and the consequences of her actions that take place within the pages of the book.

There's a world of difference between a fiction author withdrawing a book because of a turn of real life events, and a non-fiction author intervening in the subject matter of her book, to possibly detrimental effect.

What do you think?

You can read my post on The Moral Responsibility Of the Author Part 1 here, in regard to Stpehen King withdrawing his novel "Rage"
Posted by Sulci Collective at 17:30

Yes I think you've pinned it down when you talk of her lack of self-reflection on her motives for the book and her involvement with them. I guess she wanted to shine light and to do that needed to get close but I absolutely agree about how her very involvement would skew things, particularly to the level she then got involved and intervened/interfered. Perhaps she began as an observer but became ensnared during the process. This is certainly not an ethnography where the researcher attempts not to put their own bias on the interpretation. I agree it's important to hear these stories although unlikely (but not impossible) that we will hear direct from an author coming out of this environment. Otherwise as you say, it has that sense of colonialism and educating the 'barbarians'. There is a moral high ground assumed. On balance yes it's problematic that this is now a piece of purchasable entertainment rather than a policy document. Also the cover is all the author rather than a quieter pointer to being a record of the lives of these guys in the kind of society in which they live.