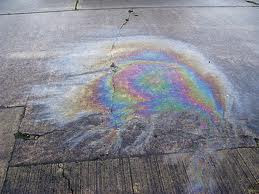 The wind was blowing the sheet rain away from the vertical. Where the trajectory propelled through the wash of the streetlamp, it was briefly illuminated like tracer fire. Then it dived back out of the spill into the blackout just above the ground. Only the bombination of their report against the concrete, evinced their persistence.

The occasional dipped car headlamps bounced their skittering rays along the slicked road. Cast an illusion of the rain recoiling upwards off the tarmac, spiting gravity. Even from those headlamps with their own runty wipers to keep their lenses clear of waterborne refractions.

The cars precipitated a further, less transient coalescence in their wake. Those miniature rainbows formed in oil stained puddles by the kerbside. Molecule to molecule interdiction with the forsaken slick perdus, while the rest of rainwater sped by through the gutters plunging towards the storm drain.

As with the car headlamps, the mound of matter on the pavement was wreaking a distorting effect on the local meteorology. Its bulk served as a levee, damming up the water coursing across the paving flags. Until the flow reached critical volume and spouted like a cataract, inroading the gutter.

The blood running with the runnels of rainwater failed to break up into any rainbow spectrum. Blood being thicker than water but not oil, it just sat there in its own immiscible layer, gradually diffusing through the sheer volume of the rain.

The blood was seeping from a body. Where the bullets of rain hit that body, their soft-tipped heads penetrated the sodden clothing and bit into the flesh. In the dark, it appeared that the lump of flesh was being riddled by gunfire.

As the body lay there with its mouth draggled open, the rain zeroed in. Maybe the corpus would be extinguished by drowning rather than exsanguination from the hole in its gut. But the water kept sluicing back out through the downturned corners of its mouth. The body seemed like it was trying to speak, but only liquid words poured out.

The wind was also whipping through the body. As if the skin breach was a vacuum sucking in the air trying to staunch itself. The street litter propelled along in the gusts brushed the body, but none would stop to seal the hole. The magma eruption of blood that had attended the initial piercing, had ebbed as the tectonic waves of pain subsided into equipoise. The body's internal pressure now effaced by the sensation of the driving rain against the numbed flesh. The body's temperature had dropped closer to that of the surrounding atmospehere, so that the weak puffs of expiration emerging from the mouth no longer condensed against colder air.

Inside a building, another body was drumming its fingers against the window sill in syncopation with the rain striking the pane. A cloud had descended upon that body and occluded the previously warm front. A storm was surely building. 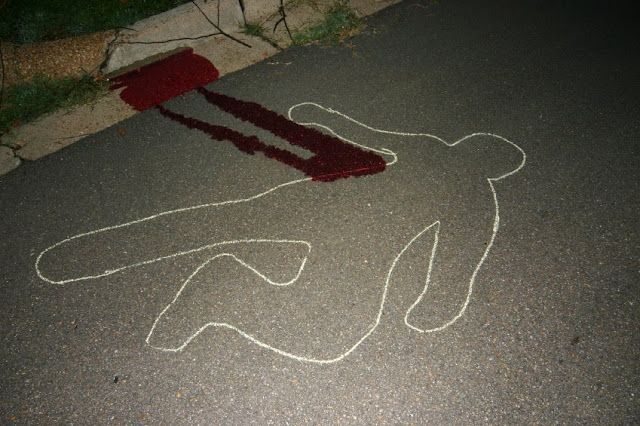 This story is published in my third collection

available from Amazon
Posted by Sulci Collective at 14:40

' it appeared that the lump of flesh was being riddled by gunfire.' nice visual line, one can hear the pounding of the rain!

Helen beat me to it, but that is a tremendous image, the rain looking like gunfire

Incredible use of language as always. This hit me right in the gut, riddling me as it did the body. So well done.

The feeling of the slowly cooling body was gripping. Well done.

Astounding imagery here Marc with (as usual) incredibly adept use of language. Bravo!

Your command of language, as ever, inspires. I especially enjoyed the 'only liquid words' sentence.
I always like to learn new words: equipoise is my word of the day. Thank you.

The last paragraph really put a clincher on this -- before then, it's got the two types of imagery building things up to the penultimate reveal... but then we learn things aren't over yet...

The rain fell before me, the lights played their game to chill. Very visual piece Marc, I have several favorite lines here, and put down new words aswell.

Beautifully atmospheric. "Bombination" is an amazing word too.

Loved the way you built from the rain through to the corpse and then (possibly) the person who'd given the order. Excellent

wonderful image. really liked this one: "The body seemed like it was trying to speak, but only liquid words poured out."

One of your most powerful visual pieces - Brilliant, nice work :)