How Barbara Windsor Contributed To My New Novel 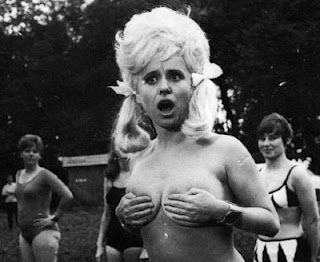 Yes, that Barbara Windsor, MBE, star of the "Carry On" movies and "Eastenders" among a lifetime of roles.


Technology's a wonderful thing isn't it? Upgrades, greater speed, power, memory yada yada yada. I started my writing career in the old fashioned manner, penning my first stage play in ink on lined paper and typing up the finished version on an Olivetti portable. My first automated aide d'ecriver was an Amstrad word processor, with green monitor screen that made you feel queasy when you stared at it for too long. 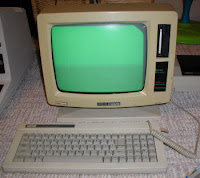 When it finally died, I only had what I printed up in hard copy, since although I had back-ups, I moved on to an AppleMac computer and there was no compatibility. I think the word processing programme was called Apple Write and eventually that was supplanted by newer programmes. I still have most of my stage plays backed up on this format, completely inaccessible to modern day programmes. Try and open them and you get a whole load of gobbledygook.

One of the plays I wrote received a rehearsed reading at the Young Vic Theatre studio directed by Philip Hedley. The reading was commissioned by the then fledgling The Arts Catalyst, a body looking to bring art practitioners together with scientists in collaboration to make new works of art. I'd attended a session at the Soho Theatre with 4 scientists including Professor Heinz Wolf and an embryologist which was handy for a play I was then honing for a performance run at the Southwark Playhouse. I sent Catalyst another play and this was the one they organised the reading for. But nothing further developed, as Catalyst went on to bigger and better things such as arts performances in zero gravity and I left theatre behind as my twin boys arrived in the world and kyboshed the ability to hang out at theatre bars night after night!

And there that play would have died. Archived on a programme I could no longer access. Without any hard copies during the various house moves attended on giving birth to twins. But some years later, through the post I received a copy of my original script. With a note from Barbara Windsor saying that as she was having a house clear-out, she had come across my script and was returning it to me. Her then partner, now husband Scott Harvey had been one of the actors in the rehearsed reading which is why she had a copy of the script lying around her house. I can't remember the exact chain of transmission, but someone had told me during the rehearsed reading arrangements, when contacting Scott. Barbara had answered the phone and summoned Scott to take the call with a "it's about that strange play!" I can die a happy man now that I've had my work described by Babs Windsor as "strange"!

So I was finally reunited with my play thanks to Barbara Windsor's kindness in recognising a playwright might need a copy of their own script rather than just throwing it in the bin. And though it was when I was no longer looking to have my work staged, waste not want not and in time I came to a decision to turn it into a novel. Which will be my next post about that process.
Posted by Sulci Collective at 10:28