My new novel "Time After Time" already has its own playlist of songs that soundtrack the action. But here is a chart of songs directly about time for your delectation:

1) Pink Floyd - "Time"
Possibly the most famous song about time, from the meg-selling "Dark Side Of The Moon" album. Pink Floyd were the first ban i properly got into in the sense of wanting to chase down every single recording they had ever made. That sort of collector-worship boys are eminently susceptible to. However, once punk rock came along, the tempo of Floyd's music was just to slow for my ears craving souped up rhythms. So this was time undermined by too slow a passage of time in the end...

2) The Doors - "Love Me Two Times"
The Doors were one of the few 60s band I can listen to.  I don't particularly buy into the Jim Morrison mythic status thing, and in this video it's a tad irritating that you have to wait until he stops burbling about a minute and a half in before the song starts, but it's a good'un when it does arrive.

3) MGMT - "Time To Pretend"
It's perhaps ironic that the vocal and music of this song actually do suggest the 1960s in a song full of yearning and hearking back to a more innocent age.  When this song came out in the Noughties, it was heard absolutely everywhere. But with good reason I feel.

4) Beastie Boys - "Time For Livin'"
It's not quite the momentous act of Bob Dylan plugging his guitar into an amp, but when the Beastie Boys didn't rely on samples quite as much and picked up their own instruments and returned to their punk roots, it gave all their subsequent albums a huge diversity of punk, hip-hop, rap and reggae. And I loved them for that.

5) Depeche Mode - "Question Of Time"
I was never a big fan of Depeche Mode, but the music in my novel covers virtually every style, so continuing that here in my "Time" chart, I give this a platform and let you dear reader/listener decide.

6) MosDef - "Life In Marvellous Times"
This is just such a superior song, that builds and builds and has unbelievable tension that never quite peaks. Masterful.

7) Cyndi Lauper - "Time After Time"
I've never been a fan of chart pop tunes, but while I was writing the novel and I'm not sure how, but this song presented itself to me. Of course I recognised it from the dim and distant past, because that's how ubiquitous chart songs are, you just can't avoid hearing them and how insidiously they permeate our brains. But as it goes, this song not only fitted my novel, but the fit was so perfect that it went on to become its title. And I seem to remember we always accredited Cindi Lauper some credit for being slightly subversive in her attack on pop music. maybe we were fooling ourselves. A bit light for my tastes, but I can see it's a well crafted song.

8) Funkadelic - "Everybody's Going To Make It This Time"
I do love my funk and George Clinton's cosmic madness. Yet this is a rather wistful political song about past failures and a hope that this time round there will be no casualties in the various fights for rights and freedoms.

9) Portishead - "Sour Times"
I suppose songs about time that either look back or look ahead, are prone to being melancholic, chockfull of regret or despairing hope. And this is one of those as Beth Gibbons puts a whole lifetime of emotion into her singing, while the arrangement rattles along reedily as if to suggest time's flimsiness itself. There's a different Portishead song referred to in the novel.

10) Misty In Roots - "How Long Jah"
Roots reggae's gorgeous, simple appeal to how long must they wait for the Messiah? An eternity it seems. An eternity of pain and suffering... 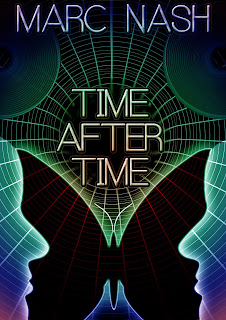 Posted by Sulci Collective at 10:31