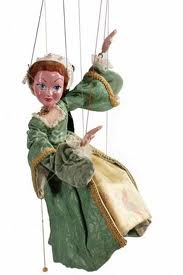 He was folded in on himself. Head bowed into his chest, four limbs limply gathered in together at his knees. With a starburst, his arms and legs splayed out. They waggled to shake out their sag. They rippled with stiff tension. One of his arms incised a noble arc to a point above his head. His leg raised and bent at the knee. He looked like a matador poised for the final thrust. His head reared back like a cobra about to strike. But his subsequent movements were far from silky. His elevated hand snaked out in front of him. Its quivering motion cloaked his true intent. A confusion of brazen summons and pitiful entreaty. His opposite leg kicked out like an involuntary spasm. He looked like he was going to collapse inwards once again, but he caught himself and stood ramrod straight and still. Then he burst into an antic frolic. A whirligig of arms and legs slicing through the air. His hands thrown up and flapping down like ascending a ladder, though he remained at an even level. His legs pumped equally uselessly through the air, scaling an invisible staircase. The blur of motion was hurting her eyes, she felt dizzy and there was a slight taste of nausea rising up her throat. She tilted her gaze upwards beyond his crown.

There her eyes were snagged in lines carving through the air. The light was being deflected from them as they were a blur of motion. She saw that they were thin silken wires. Furrowing, refracting with their tension and release. They didn't veer much from the vertical, plunging and recoiling with the tilt of the metal bar from which they were threaded. She could envision the amplified movements of the figure beneath their moorings, though the manipulating strings' shifts and displacements were far more contained. Funny to think such a nuanced manoeuvre from on high, a mere flexion in a single wire arrested by another cable, invoked such an exaggerated behaviour from below. She was put in mind of plucked harp strings. But when another bar with fewer strings, one she deduced controlled the legs, was brought perpendicular to those hanging down, it more resembled a bow gliding across a violin. Knowing what they controlled and articulated, now the threads took on the form of an external nervous system. Twitching, pulsing, transmitting their signals down their trajectory. Inciting mechanical reactions in the wooden limbs moored at their culmination. The lumpish, leaden body underscored as a mere vessel, through the convulsive vital flutterings of the silky lattice above. For all its seeming capering, it was dumbly relaying the forces imparted to its armatures.

And higher yet, on up towards the divine. The arch conductor. Two hands jabbing the air like pecking birds. The dimpling skin between thumb and index finger as they tapped out their Morse code movements transmitted down the wires. Muscles and ligaments contracting and bulging at the surface of the skin. Raised veins mimicking the unseen strings trailing below. The wrist bobbing and convoluting like a cobra before the charmer's undulating pipe. All the pirouetting grace originating in the delicate movement of the fingers. Summoning almost deferential recesses in the body of the hand.

If he could bring that blockish clump of wood to life, make it respond and dance, why couldn't he do the same to me? Finesse me with the play of his fingers. Dab and palpate my sinew, membrane and synapse. But he has eyes only for his marionette. I would cut the strings of course. Set fire to the doll, watch its body blacken. And I would bring an iron bar down across his hand. But I would want to do all three manipulations simultaneously and that is beyond my dexterity. 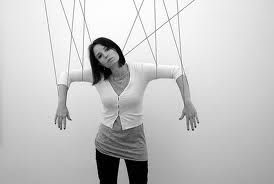 this story is from my third collection of flash fiction

Posted by Sulci Collective at 18:51

Oh nice twist in the end. Lovely visual writing - a jealous women is not to be ignored!

You always send me running to the dictionary with your words. Loved the end!

Oooh, the perfect portrayal of jealousy Marc. Superb imagery in this - love it!

Many women become football widows, or golf widows, I'm not sure if being a marionette widow is worse or better, but at least he's in the house. :-)

You brought out her angst and longing so well. That picture in the end was the icing on the cake. Beautiful prose like poetry, as always.

I can see the marionette as a metaphor for a real mistress. Nice one.

Beautifully visual description of the puppet. As always I wait for the sting in the tail, knowing there will be one, but never quite seeing it coming!

Steve Green - so much worse to have him in the house and still not be the centre of his attention! ;-) (I'm a hockey widow myself!)

Jealous of a marionette. That's gotta be tough. Nice job.

You always write such inventive stories...and I love the word 'whirligig'!

Jealousy takes people to such strange places. It's almost an ecstatic experience.

This one was really fascinating.