He'd been following the short man with a limp for a few months now. Clearly both were creatures of habit, standing at the same place along their respective railway platforms each day. Boarding the commuter train in the same carriage, exiting by the same door. They never once acknowledged each other in that way men don't.

He only noticed the man's tattoo once the belated arrival of Summer entailed that the smaller man donned shorts. Shorts that came well down the truncated leg, but shorts all the same. Following in the other's wake at a distance that allowed for the splay of his gammy leg, he espied something winking at him from the man's calf. Whatever it was quickly resheathed itself beneath the trouser fabric, like a puppet diving back behind the curtain. But each forward motion hoisted the cloth up once again and manifested a tattoo to him.

His first thought was wondering why it adorned the back of the leg, a place where the man himself would seldom be able to view it. Perhaps the tattoo was some sort of plaintive runic inscription to cure his lameness. It certainly did seem to be calligraphic rather than pictorial, though it was an indeterminate script to his eye at this distance. He wanted to move closer to try and pierce the words, but the dragging leg formed its own natural buffer zone. Besides he was struck that were this a woman he was pursuing, any further incursion of personal space would have been both unseemly and threatening.

Perhaps the man's lover traced over the characters with her fingers when they were in bed together. That she 'read' his flesh, which would have entailed him lying flat on his stomach. He shook the unsettling notion clear from his squirming mind and dropped back a pace or two from the man. More of the tattoo seemed to be insinuating itself at him from beneath the fabric. Maybe his counterpart was speeding up, further stretching his twisted leg.

The inked flow appeared to run down the leg rather than across it. He speculated that it may have been Chinese. Some wisdom of Confucius or the I-Ching perhaps? The man himself certainly wasn't Oriental. But then David Beckham was hardly a denizen of ancient Rome as he misspelled his Latin inscriptions upon the vellum of his own skin. The harder he peered, the more the characters seemed to twitch and flex.

What he really needed to do was to wrestle the man to the ground and satisfy his own burning curiosity. But grappling with a dwarf? That was just too unseemly.

She sported the sandalwood paste Tilaka as a mark of her credo. Those in the know would recognise at a stroke her religious affiliations. Those not in the know demonstrated their ignorance by playfully pressing it and demanding what pushing the red button on her forehead actually did. Beyond pushing her invisible button that was. One didn't require a third eye to see into the closed hearts of these host citizens.

But recently even those of her own kind had inflamed her. Since they regarded her mark as definitively casting her into a caste and not one graced with favour as they went to war with each other in this land far from home. A displacement of the insecurities of exile as they turned in on one another. The host citizens turned away and let them get on with paying their blood debts.

He held the power of light in his hand. Concentrated, portable, the pent up energy of the universe cradled in his palm. Lean, streamlined and sucking the heat from his skin. He screwed the laser sight on to his sniper's rifle, brought it up to his eye and squinted the other shut. He started playing it over those in the market square some thousand yards away. As invisible as a god.

The red dab pinpointed various parts of people's anatomy as he ranged over them. The stigmata marking the power of life and death he wielded. God might fabricate tissue and muscles and organs, but with his high-powered projectile spitting fire, he could reverse that process and expose the hollowness of the Lord's creation in a bloody spume.

He trained the red laser on the back of a man's calf while he stood at a market stall inspecting its wares. No doubt haggling and chiselling with the vendor in their tired, time-honoured way. Solely serving to reinforce an etiquette of acquiescence and submissiveness. He could cut him down to true size, simply by delivering a shot right now. See him crumple to the ground, clutching his shattered leg. Make him- any of them- dance like the marionettes looped on string that they were. The man's life hung by a thread, he could bend him utterly to his will. The red Mark of Cain would see to that.

He veered his rifle away and bounced his laser into a woman's eyes. Reflexively she jerked her head away and put her hand to her forehead to shield her eyes. Another dumb puppet marching to his tune. She didn't even look around her for the source of her discomfort. Evidently such turning away of her face happened frequently enough for her not to challenge it. She clearly was not worthy of his divine imprimatur.

This wasn't some mote they can just bat away with a hand. For he was Lord of Flies. The movies always showed the devil with burning red eyes. They got that right at least. Although his oracular oracle was Cyclopean.

He matched his red spot to the cosmetic red dot on the forehead of a young woman. Straight between the eyes. Aligning it perfectly, the symmetry appealed to him. Were he to press the trigger now, the two red circles would be expunged by a hole of similar diameter, tingeing black around its perimeter. Until a fresh dribble of red emerged from the hollow. Third eye my eye he thought to himself as he swung the rifle across the vista. The red circle settled across the temple of a child. Was it a child, or just a very small adult? He already appeared to be limping... 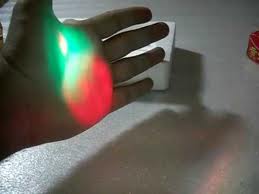 Posted by Sulci Collective at 22:25

Though this sentence seems a bit wrong to me? I would have the well and down around the other way.

Shorts that came down well the truncated leg, but shorts all the same.

whoops, thanks Sarah, you're absolutely right. Will amend now.

I like the way the stories dovetail - great job

This took me entirely by surprise just as I was wondering where you were headed! You always leave me speculating on the characters and wanting to know more about them.

Fascinating glimpses into individuals — and the self-proclaimed Thanatos that ties them all together!

Some of my co-workers are from India. The women especially are glad to explain what the seasonal markings are. (I was surprised once by the patterns inked on one woman's hand and wrist — I thought she'd gotten a tattoo & she explained it was a seasonal observance.)

Excellent voice in this Marc. Not only is it a purely enjoyable read but I learned something I didn't know, (which, come to think of it, is always the case with your stories, though the something I learn is usually a new word). :)

thanks Deanna, but you've left me hanging - what did you learn? :-)

Snipers are such scary people, the amount of damage they can do before being located can be absolutely devastating.

It's quite a ride reading the minds of those individuals. I enjoyed it. Somehow reminded me of Bable at first, but then the end... did not expect that.

Brilliant stuff, Marc. This really had me!

I love your attention to detail. The various bodily markings were so well described and woven into the story.

I wasn't sure where you were going with it at the start, but by the time I got to the third point of view I liked how everything clicked together! Really unusual.

Wonderful cyclical nature to this piece, and thought-provoking as always.

I really enjoyed a peek into the minds of the different characters. Brief glimpses, the sniper one quite unsettling. Great story!