The Bereaved And The Bereft 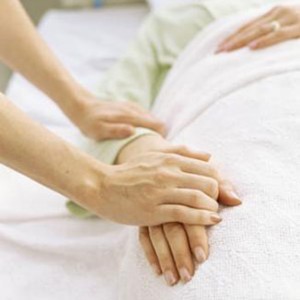 It is a little remarked tragedy that several of the terminal illnesses that conduct a human spirit off this earth, also have the unfortunate tendency to reduce the full functioning of body and mind and return them to the state of the dependent infant. Just as we entered life with requirements of feeding, dressing, bathing and assisting with toilet by others, so can the days leading up to exiting this life be filled with the same physical functions beholden unto others.

This entails round the clock care, with most of the burden often falling upon the family. Especially if the dying person has requested to die at home. And such a fraught responsibility often opens up fissures within the family that just make the whole pressurised process unbearable.

When a child tends for their parent, it throws up many agonies. Firstly the life-long balance of the relationship is inverted. Seeing your forever powerful, protective and loving parent reduced to such impoverished powers just doesn't compute. The parent, unlike a spouse or even our own offspring has been there every single day of our own lives. Their passing cannot but leave a hole. Additionally it reflects upon your own mortality, for here ineffably confronting the child is the fate that befalls us all, if our own titan of a parent succumbs then what chance us? So our familiar and comforting realities are asunder. In our own dismay and incomprehension, often the soon-to be bereaved lash out, because they cannot process these emotions.

One natural fault line for these feelings to follow is the division of labour of care. Families are not democracies and utopias. They have inequitable resources, means, childcare, job responsibilities. Members may not even reside in the same city or country. We also possess different thresholds of what we can tolerate when it comes to physical human frailties. Some will happily clean up soil, whereas others simply cannot no matter how much they may wish to contribute. The burden will always fall disproportionately upon some shoulders more than others. And that is before you have considered the emotional inequalities, of how each sibling feels towards their parents.

They shouldn't, but very often parents have favourites. The first born; the youngest; the one often most overlooked in the middle, who the parent made sure to keep an eye out for; the one most like the parent; the one most different (my father favours the one of my twin sons who has inherited the fewest of our family genes, since he is full of self-loathing for his own appearance). Such little yet lingering resentments burst out at these times, if the near-bereaved start hurling accusations of not pulling weight. The charge that so and so is doing less, is often met with the gripe that the accuser was always the parent's favourite anyway.

I have to admit finding this hard to stomach. What are the reasons for caring for an ailing family member? Love is hopefully the sole drive. An unconditional one that you do it because you want to do it. In which case what does it matter how much or little other family members contribute to the care regimen? Of course it isn't always solely love that provides the motivation. It can be out of a sense of obligation, familial duty or even guilt. Less than ideal causes, ones in which the petty resentments can easily perch in amongst the crevices and erupt when it all gets too much, or is prompted during arguments with other family members.

We are only human. So to my mind, no one has the right to lambast any one else for what care they may or may not be contributing. We each can only do what we can do. Arguments and negative emotions during the parent's last days can be of no possible help whatsoever and make the process of grieving way harder. The family circle changes shape when a parent is removed by death. Surely the way to reconfigure and re-sutre the shape of the family in the aftermath is to permit each member to emerge with a clean sheet as soon as the care period has unfortunately ended. That petty resentments are not allowed to persist. That the family unites and accepts one another with unconditional love. That no one is to be judged, only re-embosomed. What better legacy for the passing parent to cede than a reunification?

I'm not saying it's easy and desperate raw emotions are flying around at such times. But if families could keep this aim in sight it may, just may help them to come to terms both individually and together with their awful loss. 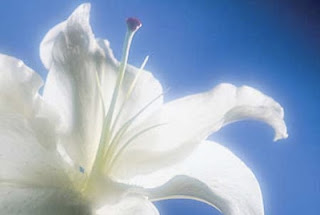 Posted by Sulci Collective at 18:54

A considered and thoughtful reflection.