A Life Lived In Outline - FridayFlash 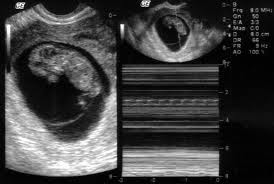 He began life as we all do, an almost indeterminate blob. Ultrasound sonar plotting his outline on screen. The echo chambers of his beating heart dispelling the ectoplasmic impression of mere ghostly existence.

His rudimentary drawings of human beings, tenderfoot oblation to carers, guardians and educators, were of three-holed bowling balls perched atop triangles. While the outsized halo-suns shone down on them approvingly.

The first acquaintance with his own shadow caused him to jump out of his skin. The fractional computational time permitted in panic, transmuted the shade as an eyeless ravening giant come to devour him. Gradually he came to understand why the dark plane had no depth or detail. Why its angle of arrowing jag towards him changed with the position of the sun. He grasped that the shadow owed its transitory existence to him rather than the other way around. Indeed, when it lay astern of him, he liked to imagine that he spun his shadow like a dark web from spinnerets in his heels. He who fights monsters.

He had three fittings for his wedding suit. The first resulted in the tailor taking his measurements and cutting a likeness of his body in paper which he assembled on the floor like a jigsaw. He himself had done similar at primary school when making a stuffed animal toy. The second fitting was conducted with him sheathed in material, itself encased in menacing looking pins that for some reason put him mind of comic convicts' broad-arrowed uniforms. This way up. Fragile.

For their honeymoon on a beach, they were serenaded by all manner of barkers touting their wares. He couldn't bring himself to opt for a caricature, for fear of it accentuating his more outlandish facial features. He settled on sitting patiently while an artist rendered him in silhouette. It hung above his wife's side of the bed, while her full-bodied line drawing perched above his pillow.

Came the day when somebody else's shadow monster broke free of their shackles and claimed his wife. The Police drew a chalk outline where her body had fallen on the bedroom floor. He tried to fold himself around her wispy form and spoon her as was familiar. But her body had bent into the most unnatural of positions and he found he was unable. With his face pressed into the recapitulation of her head, his steady drip of tears began to erase the outline of her featureless face. He was left only with her caricature up on the wall.

Thirty years on, he steps out of the bath. He regarded the tidemark around the enamel. A plimsoll line marking the level of his body wedged in between the sides. No matter that he faithfully wiped it down after each hot soak, somehow the stripe still agglomerated itself incrementally. A moraine of pared skin, the glacial pace of his unpeeling.

A further decade and he felt completely hollowed out by loneliness. His bones had lost their former density, his skin sagging on their tremulous armatures. He needed to sit down, to ease the burden of his weight. As he grabbed on to both arms of the chair for support, he noticed the burnished material confronting him. The shiny imprint in the shape of his body. Darker, unsullied parts lay beyond the boundary of his torso. Marking forever as a creature of habit. He looked around at the rest of the lounge furniture. Tried to recall which had been his wife's favourite roosting place. He concluded that she never possessed one, not because she was snatched from life prematurely, rather that she was always on the move. Always fussing and servicing him. He hangs his head in shame. Accordingly his neck began to scuff and polish a new fragment of the back nap of the chair.

His body wasn't found for months. His muscle and sinew had largely evaporated under the blistering sun pouring in through the windows. The liquefied juices formed their own indelible outline of his prone form on the bedroom carpet. Bodilessly reunited with his beloved wife amongst the fibres and twill.

Posted by Sulci Collective at 21:12

Sad story.
What did he accomplish?
To say that love is all there is sounds trite these days, but I think it gives life meaning.

"A moraine of pared skin, the glacial pace of his unpeeling."
I think this is my favourite line in what is a beautifully constructed and deeply poetic piece. There are so many great lines though, and you knit the whole together with the references to drawing and outlines. It is, I think, rather wonderful.

This was so sad, yet full of feeling. I could in the end feel his pain, see him sitting there, his life had lost it's meaning for him.

You write so wonderfully, Marc, so beyond what I can accomplish, your words are like poetry, their rhythm dances upon the lips of the reader.

If this is a love story then it's love of life itself in it's counterpoint to death and then all your stories and the fact you write at all is an act of love.

This is so steeped with all sorts of moving resonances as he moves through life, the outline metaphor so powerful, touching on big big themes (our seperateness in life from each other, despite love), our self-awareness through life, memory and how it sharpens and deepens later experiences. Gosh where do I stop. Your writing is a still pool with a large and lovely stone dropped in.

This is wonderful, even if it's not exactly what I meant when I entreated you to write a love story. The only thing I will say is that I miss dialogue a bit to bring the people alive, it might be possible to use the outline theme interestingly through the words they might say to each other.

ha thanks Alison. It's funny about dialogue. I'm kind of 'over' dialogue from my playwriting days. I do use it though sparingly in my novels, but you're right, it rarely crops up in my flash. I shall have to go away and think about that.

I found the saddest - and starkest - part the bit where he tries to "spoon" the chalk outline. So often we take our partners for granted until their gone, and then we desperately cling on to the shreds of whatever remains.

Your ability to find stunning, stark and evocative imagery always amazes me. I love dropping in to read your poetic prose, your expansive vocabulary and precise control of language.
Adam B @revhappiness

I loved the way you kept coming back to the quite literal impression he left on the world. I really enjoyed this.

I loved the way you kept coming back to the quite literal impression he left on the world. I really enjoyed this.

Beautiful and poetic writing. Great imagery. As a visual learner, I really like this.

This is my favorite part: "He looked around at the rest of the lounge furniture. Tried to recall which had been his wife's favourite roosting place. He concluded that she never possessed one, not because she was snatched from life prematurely, rather that she was always on the move. Always fussing and servicing him."

Fascinating the way a life can be lived 'within the lines' (remember colouring in at school?) I loved the contrast between the line drawing and the silhouette. Beautiful use of imagery.

Poetic with seamless flow, i thoroughly enjoyed this piece.

A life full of sadness and tragedy, and in the end not very remarkable. I got the impression that he *was* his shadow, sometimes sharply defined in the strong light of joy, more often blurred in the dreary overcast of solitude and a grief never really resolved.

See, you've even got me making poetic comments!

I really like the way you always have a motif and draw it out the way you do. It's a very surreal way to look at the world and I think it's a wonderful gift that you have.

There is plenty of emotion running through this, and I like the way you have likened his existence to the lines and drawings.

I enjoyed every word of this story.

I don't think I can add any superlatives to those mentioned above, Marc.