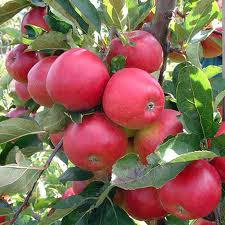 Adam wasn't the first man. He wasn't even a runner up, for this was Metroland. Where suburban house after suburban house stretched back in a relentless redbrick vista.

Red had been instituted motif by the landscarperers, since the acreage had been richly laden orchards in its venerable village days of yore. But yore is less when progress comes a coldcalling, influenca business card in hand. Untenable venerable had quickly become pensionable and capitulated under the redeveloper's caterpillar-tracked dozers. But Adam's backgarden of Eden still retained one gnarled, though fecund apple tree.

Adam no longer had an Eve, due to prototypical trust issues as first highlighted in the prologue to that amnesiac genesiac the Pentateuch. No more peachy red lipschtick from her. But he was still yoked to his tree, much to his umbrage.

Why was this tree the blight of his life? How did it make Adam's adam's apple bob up and down like a test your strength machine at a fairground? Or an unfairground as in the case of Adam's knotted Garden of Need.

Notwithstanding that husbands and wives may rip up their contractual vows at the drop of an aitch, a faux pas or the bombshell of some sinful original act, there existed strict council bye-laws forbidding any householder to take an axe to their tree. Only incorpreal corporates had been chartered this perky perk and unless you had limited liability and protection from your creditors, (to wit, those Granny Smiths twitching net curtains in the neighbourhood nosey parker scheme), the arboreal stood untouchapple.

Juicy fresh fruit on tap, what could be more appletising than that? Just how can Adam perennially (not judiciously deciduously) pluck heartstrings and harp on about the bane of homegrown produce?

One has to pre-season early apple errantly, in order get the taste for the seeds of Adam's appleplexy. The runty apples of the litter do just that. They get bumped off the branch by their burgeoning peers and lie in wait in the long grass like booby-prize traps. For post connubial cleft, our Adam was wont to promenade his garden barefootloose and fancy free espousing poetry. Only to come a cropper time and again stubbing his tootsies on unripened, granitelike pome, forcing from him a tart applepeal to the heavens.

Just steel yourself thinking of the branch-borne sweet flesh, Adam my old fruit. Yet rotten luckily the pomade persecution continued giving him the pip. For rarely did he actually get to harvest the toothsome nectarous yield for himself. Since others more fleet-winged and bug-tongued got the drop on his crop. Wasps bored, fruit flies gouged, coddling moths coddled. Pithing and de-coring. Other burrowers bore their young a refectory-cum-nursery within the apples' housing. One way or another, there were very few apples which didn't bear the blackened smut trail of an insect's fly-through take-out. The looming folk wisdom spun at mother's knee, counsels never to swallow an apple's seeds lest a new tree take root in your stomach. Where was the homily against eating swart-perforated fruit rind in order to avoid your belly playing host to a puparium? Intuitively, Adam would forbear from any apple so fly-blown.

But it wasn't just entomological applepropriation that bit into any potential produce for his gaping fruit bowl. Ripened pomme d'arbre inevitably became pomme de terre, as they ground hogged the applerition of Isaac Newton's gravity epiphany. Adam still couldn't utilise them, for if not insect adulterated, then assuredly they were contused by grappleing with the earth. Causing him to wince as he envisioned each bruisapple skin echoing that of his own.

Adam might have left the apples strewing the lawn, to feed their limited nutrients back into Mother Nature's soiled maw. Only he chanced apple eyed a rat scurrying across the green baize and guzzling on one of the fallen rondures. He didn't mind squirrels availing themselves to pocket the fat number 3 pool balls when easy pickings were scarce, but a rat? That was just too applepalling.

So dutifully he applelied himself morning after morning to going outside and collecting up the fallen. His apple-ratus, an inverted plastic bag which he would wedge around the apple and then fold back out. Thus scooping in such a way as not to have to come into direct contact with either the moldering pulpyness, rodent-nibbled, or insect cankered flesh. A technique he had modelled after a neighbour's cleaning up behind their Pomeranian. Then he would proceed to the Council provided brown organic waste bin for good riddance to bad apples.

However this action also sprouted unforeseen consequences that further appleturnedover his stricken life. Firstly the composting apples gave off the most sickly sweet aroma of fermenting cider that stupefied his senses as if he'd actually quaffed a gallon of apple juice. But more apple pertinently, the bin was flooded with apple sourced maggots. And that at one dread time, opening the lid would release a plague of metamorphosised flies to swarm around his head. We'll also quickly pass on the glut of (sub-)urban fox ordure, as those wily creature circled round without being able to open the lid, nor knock over a bin loaded down with a hundred weight of fruit slurry.

All of this pressed down so grievously on our Adam that he finally snapped and took not an axe, but a chainsaw to the trunk of the tree. Bye-laws be hanged! Oh the unencumbered satisfaction to see the collapplesible lumber splinter and toapple.

But poor benighted Adam had really upset the apple cart. In its longevity, crabby apple roots had curled underneath Adam's house, the lone apple of his eye. So as the tree turned up its toes into death, it pulled and yanked the masonry with it. Adam's pied-a-pomme-de-terre lurched and canted to a crazy splayed angle. Now normally subsidence is something the Council treat very seriously indeed and offer all sorts of assistance to nip it in its tracks. But since Adam had felled his tree, he had apple ceded any indemnification applelickability, Mr Adams, number one man at the Council duly informed him. 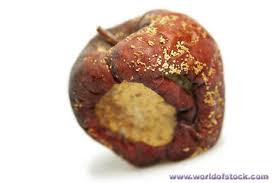 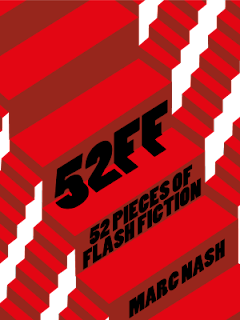 Posted by Sulci Collective at 10:58

Quite the punny and pomaceous story! "Appleplexy" is just wonderful.

Description also lovely. Like this one: "How did it make Adam's adam's apple bob up and down like a test your strength machine at a fairground?"

Damn, I wanted to work appleplause in but the story was too much on a down curve to use it!

Punappleicious! I can't imagine how long it takes you to write these...

Just until the fruit ripens in my head...

Such a feast of language! This piece must surely be the apple of your eye...

The wordplay here is breathtaking.

Applicious. I might need to read it again to catch all of the layers of language and metaphor you have going here. My favorite - Adam & Eve's prototypical trust issues (the whole paragraph). Brilliant stuff and funny. Plus, since I live in suburbia - covenances and all -I gave an extra chuckle.

I'm beyond apple puns to reply to this. It's amazing. I love this: "the blackened smut trail of an insect's fly-through take-out."

How much do you edit, or do these fabulous words just appear the first time through?

in th emain first time, but not exclusively. There is some editing, mainly to ensure no repetitions.

Wonderful wordspinning but particularly densely wrought this week, so need to let it ferment. Your language ignites the senses.

Grand appleause for this one. Your use of language is dazzling.

This is going to take some digesting. Will be back for second and third helpings.
Adam B @revhappiness

"applelickability" - LOVE that word Marc. Although a bit difficult to read, what with all the tongue-twisters, this was much fun. Your use of language is astounding.

I sense a theme here... a very appletizing morsel of your writing. You had lots of fun writing this. Amazing wordplay. Peace...

I'm surprised Johnny Appleseed didn't have an issue with Adam over this. :)

I wish I had a third of your vocabulary and wordplay skills. Deft and funny. And simply amazing writing.

Loved how you played with both the language and the Adam and Eve story in this one. This was an excellent story!

Ridiculously inventive... I'm really envious of how clever this was.

I want to hear you read this one out loud - the word play is applephenomenal and will be all the more delectable when heard rather than read. Every sentence is a treat for the senses - you are the king :-)

I'll second everyone else praise on this and avoid any further puns. Mostly because now I'm hungry ;)

Poor Adam! This was hysterical, and your puns very clever. The following made me LOL:

"But yore is less when progress comes a coldcalling..."

After all that I'm too intimidated to proffer a pun.