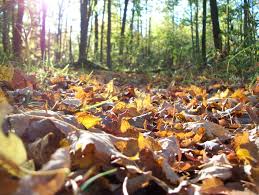 In the days before their wood was pulped for paper for recording our stories and lore, the trees ranged tall and proud. Their canopied shrouds woven so dense as to shutter the pagan sun and shackle its chains of stippled light like that inside a cathedral. Thus was it hallowed and christened a Black Forest. The heathen wind beat at the foliose awning demanding its own profaning passage, but it too was unable to part the green sea’s verdant vault. Its bellowing huff only gusted voice to the foliage, made the leaves prattle and prate. Suspire and susurrate. Their excited descant the canticles of the forest. Cowled monks up in the gods looking down on the Mystery Plays enacted on the apron of the forest floor. Their incantational exegesis prompting the actors yonder, the same as ants palpated the aphids marching up and down their bark. Those actors, they are the shadowy figures without shadows, moving across the leaf litter in the perpetual crepuscular gloom. Red crosses embroidered the length of their surcoats. Or crudely bodkined into the coarse jerkins of their peasant retinue. Emblazoning the furious stigmata of a turn-the-other-cheek god. Their hearts basted in Christian love and blood. And then this tenebrous cortege is gone like dissipated rime. Without any especial acknowledging comment or commentary from the congregation above. For all the inflorescent chatter, do you notice what is absent from among this verdure? Not a single birdsong to counterpoint the sonorous umbrage. For even a goshawk would be hard pressed to navigate any arrowed path through the copious legion of tree trunks. The aerial choir has been denominated utterly for the arboreal and to stand no avian squatters. Without birds, the forest floor was assigned the unchallenged kingdom of insects. Beetles, spiders, woodlice, weevils, earwigs, ticks, grasshoppers, crickets, centipedes and millipedes, patrolling the fallen leaves of oblation. In light of the lack of wind to disseminate the pollinated spores, and the dearth of birds to have the seeds strewn from their brimming maws, the insects are bringers of life and futurity to the trees. But still they also retained their customary character as equerries of putrefaction. The leaves they worked on the ground were desiccated, shrivelled and withered. Wizened blades curled back over, in contorted supplication for vain grant of continued life. Adrift and cut off from their ligneous lineages. Packed down upon one another. A tumultuous tumulus. A more brittle rustling patter under the tread of unseen trespassers, than that of the crepitation high above. Parched voices. Dried out and arid, their swathed wreaths are not those crowning triumphal evergreen firs and pines, rather those marking death. Preserved, frozen in the convulsive bearing of their deathly descent. A stopped up scream, released and reprised solely under the boot of human tread, or the padding of insect tarsus and palp. But they are not solely respiring about their own demise. They have preserved an echo across their wan brown corpus. Every crispy purl a murmured lamentation to a person slain by those shadowy knights. The hatred locked in their breasts, passing down like sap through their stride and graving its impression into the skein of the leaf litter. Each sepal a memorial flame for those who have no altars or grottos of their own to hold any such candles of commemoration. The Jews’ churches having been razed, their quondam settlements erected in clearings in the forest now themselves cleared and returned to the bosom of the earth, the bones of their people to the soil. Soon there would be no sign that they had ever dared to carve out some land for themselves they had once called home. It was as if the knights had been summoned up by the forest to reclaim its dominion from these trespassers. Their sacred mutual blood bond to extirpate all usurpers both here and in the holy land. Each year retold by the tramp of the local villagers, the woodcutters and charcoal burners, the poachers and smelters who are deaf to the tale drummed up by their own boots. A fresh carpet folio of leaves each year, though gradually more of the forest would be cleared, greedily gobbled up by the town of Mainz, where in time the printing press would arise to preserve a definitive record and the leaves would have to recite their litanies of death no more. But in a deeper time, considerably removed from before trees were culled for printing paper, their ancestors lay pressed and pulped far subterranean and submerged. A fuel source markedly outstripping that of charcoal and timber and one that would power the factories of death that would burn the descendants of the surviving Jews of Mainz, Worms and Trier.
Posted by Sulci Collective at 16:38