I've "met" jim Webster through the Goodreads site and he is that rare virtual beast who is both erudite and chockfull of common sense, so when he puts across a point of view it is measured and demands serious consideration, as against all the other shouty voices you encounter. Jim's blog is always a good read and like me Jim has published books in double figures spanning science fiction and fantasy adventure. He has his latest book just out now- 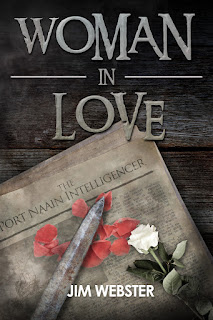 Available from Amazon for just 98p


I asked Jim to blog about whatever he fancied and this is the question he wanted to explore:


How many voices at one time?
It's a question I have wondered about and occasionally discussed with others. When you're absorbed in writing one particular book, you tend to take on the 'voice' of the characters in that book. (Well at least I do.)This, at least in my case, can spill out of the book a little. When I was in the middle of writing a number of stories for Tallis Steelyard (a poet who dwells secure within a fantasy world of my creation) a young lady asked me directions. She wasn't entirely sure where she was going and on gentle questioning it appeared that her boyfriend had asked her to meet him at work.This had involved her in a long train journey followed by a bicycle ride out into the middle of nowhere looking for a particular site. I felt this showed both dedication on her part, and an element of taking her for granted on his.Thus I directed her to where she wanted to go, and as she thanked me, I, or perhaps Tallis Steelyard, gravely informed her that had she been my girlfriend I would have arranged for her to be collected.Now we had talked for ten minutes, and it was obvious she had a good sense of humour, so she merely smiled and equally gravely replied that she would keep this information in mind for future reference.But you see the problem. When you write there is an element of getting into the mind of the characters you're writing about and the blighters have a habit of returning the favour.Unfortunately this has let me down. You see, I wrote six novellas about a character of mine, one Benor. He's a cartographer, dwelling in a fantasy world with no elves, dwarves, dragons or hobbits, and indeed very little magic. The stories are detective stories, and the cunning plan is that like the Sherlock Holmes stories, you can read them in any order. It's a collection rather than a series.I wrote them, edited them and got everything set up so they're published at four month intervals. The next one is called 'Woman in Love'The problem is, I'm 75,000 words into a SF novel, and I didn't want to break off. But the realisation that books don't sell themselves has forced me to. So with a mental crashing of gears I've got to leave one set of characters, and re-enter the minds of another set.The story? To quote the blurb"Asked to look for a missing husband, Benor finds that the female of the species is indeed more deadly than the male."Cheers Jim and best of luck with both the new book and the science fiction work in progress. 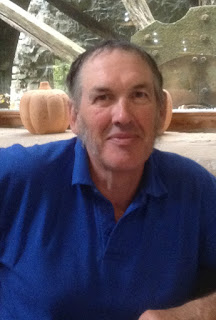 Posted by Sulci Collective at 19:20