So part 2 of my top albums chart, counting down from 12 to number 1. You can read part 1 here.

12) Public Image Limited - "Metal Box" - 1979
When Johnny Rotten left the Sex Pistols, he joined up with musical virtuoso Jah Wobble and multi-instrumentalist Keith Levene who was a post-punk experimentalist before anyone else even knew what that meant. After a first commercial album, they produced this glorious dubby-punky album which ideally suited Rotten (now John Lydon's) snarling delivery. The original release came in a silver movie-reel canister, but the packaging warped the vinyl inside and made it unplayable. The album was re-released in a normal sleeve and called "Second Edition", either way it was a record they never bettered as their sound became more commercial and Levene left in protest. 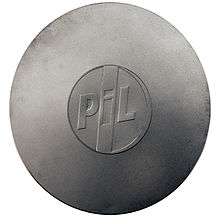 11) The Birthday Party - "Junkyard" 1982
A thunderous rhythm section with two drummers, Roland S Howard's guitar noodlings suddenly lurching into squalling feedback and Nick Cave's literary pretensions and on-stage showmanship meant that The Birthday Party were the kings of alternative once the post-punk movement had largely fizzled out by 1980. One of the drummers left shortly after this album and the band were never quite the same again. 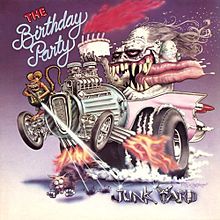 10) Minutemen - "Double Nickels On The Dime" 1984
A double album of 45 songs, virtually all at under 2 minutes duration, as this tight three-piece knitted together punk, jazz and West Coast Head music into a wonderful mosaic of an album. I don't really like the word "vibe", but it absolutely fits this album, as their sound manages to feel both sparse and lush at the same time.

9) Butthole Surfers - "Rembrandt Pussyhorse" 1986
Acid punkers with a serious Black Sabbath addiction, this album is just crazy wonderful. There's not much more to say about it, other than they were wonderful live.

Industrial funk, now there's a music style to grapple with. This is one of those albums that has two stand-out tracks which soar above the rest, although the track that samples Oswald Moseley's widow is quite disturbing. The album actually has 8 songs in that post-modern ironic way.


7) Nas - "Hip Hop Is Dead" 2006
I tend to like my hip-hop intelligent, if not necessarily political, but this album was inflammatory with its call to arms to save the genre from just being commercial product. The title track is so strong, but I also love the track below, part encomium for the history of hip hop, part excoriation for what it's become, a tension that runs throughout the album. 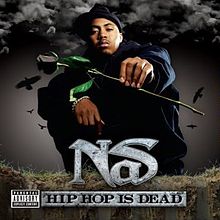 6) The Cure - "Three Imaginary Boys" - 1979
This album was lo-fi indie rock before anyone invented the term and before The Cure went all bloated Stadium Goth. Robert Smith's voice has a plaint in it throughout which lends itself perfectly to pop songs, while the raw production of the instruments admirably cuts across the winsome vocals. Plus the album cover is my favourite of all time.

5) Beastie Boys - "Check Your Head" 1992
The Beastie Boys had changed their image and reputation as dumb party animal rappers with the release of "Paul's Boutique" three years earlier, but this was the album that set the tone and format of their career, of playing live instruments and its glorious melange of thrash punk, reggae, old school hip hop, and jazz. 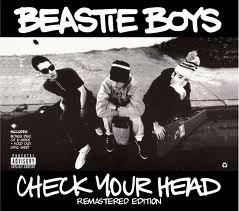 4) Liars - "Drums Not Dead" 2006
The 1990s was a bleak time musically for me. Many of the bands in this chart had split up, or had members die and I'd pretty much stopped buying music and given up going to gigs. But this band more than ever reignited my passion for music in the Noughties with their art-noise albums, where they less construct songs and more compose sound scapes, with voice as just another instrument. Any of their albums could have made it into this chart, but I'm limiting myself to one per band and this just scraped in ahead of the others, ostensibly because of its coherent concept in sound throughout, though don't ask me what the concept of this album actually is!


3) Einsturzende Neubauten - "Halber Mensch" 1985
And talking of art noise, there's no one who quite sound like Neubauten. Industrial, but without the rhythmic discipline of some notional dignity of labour straitjacketing them. German, or more precisely Berliners, when that city was divided against itself, and yet they weren't averse to digging back into their own country's folklore and even somehow defined a German 'Blues'. Bargeld's lyrics bounced from the cosmological scale to the microscopic viral one, positioning mankind very firmly in its insignificant place. This album is the sumptuous sound of decay and decline. 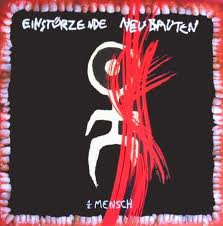 2) Misty In Roots - "Live At The Counter Eurovision" 1979
Quite simply the best reggae album ever made. And despite being live, the sound quality is fantastic.
My only chagrin is that the CD is hard to come by at a reasonable price and someone nicked my original vinyl. 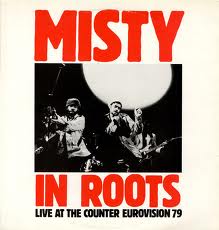 1) Joy Division - "Closer" - 1980
Just the perfect- if depressing- album without a single duff track on it (which is why I chose it over their "Unknown Pleasures" album which is more insistent musically, but has one weak track on it). There's not much more to say about this album that I haven't said on other posts and scores of devotees have also committed to words. Like I say, a perfect 10 and that second side of the album just sends shivers down my spine even after 32 years of listening to it. 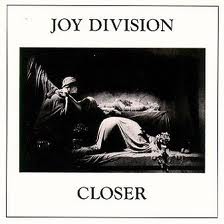 Posted by Sulci Collective at 23:09