"Songs..." is a sumptuous feast for readers interested in unravelling the tangled human notion of identity. Its heroine is Sandrine, born to a Hungarian father, absconding English mother and given a French name by way of compromise. Since the parents split up after just one week into her life, this unknowingly sets up an itinerant cathexis in Sandrine before she even learns to walk. Growing up with just one parent and never knowing the other geographical and cultural 'half' from which she derives. But always wondering... When she is a teenager, Sandrine embarks on her own wanderlust, unconsciously trying to unite the dissevered halves of herself. To do so she leaves her father and her family home and takes tentative steps to approach her mother.

But what really elevates this above angsty teenage coming of age, is Holloway's almost forensic dissection of the externalised cultural choices Sandrine and we all make to wrap our self-explorations in. For example she is begins the novel as politically active, participating in the freeing up of Eastern Europe from State Communist rule. That well-worn teenage vehicle for outwardly directing anti-authoritarian rage, when you really just want to target your parents and the values of the domestic family life you are emerging from. But Sandrine quickly sees the hollowness of this intellectual posturing and the atomisation of its adherents content to squat in virtual communities and snipe (or support) into the ether. Sandrine is a singer-songwriter, with a personal following and fanclub who relate to her words and seek to wring every last drop of meaning from them to fit in with the schemata of their own lives. Through personal tragedy around the political liberation of Roumania, Sandrine comes to view her songs as hollow (that word again) and she sloughs off the skin of musician-wordsmith and seeks skin afresh.

She turns her hand (and fractured soul) to art. Wordless and silent, in contradistinction to her musicianship. She is in mourning and art's plasticity of design seems to permit her to find a way to memorialise what she has lost. But through the new relationships it brings about with people, she is seemingly able to bury the past and move on. Until at the very end, a fiendish twist in the plot plus another personal tragedy, implies that for every two steps gained, it's also two steps back. Interestingly, for all her artistic and creative drives, her scheme to propel her fully fledged into the adult world, involves rather more of a commercial spin on her art in the guise of fashion design, maintained hand in hand with a purely commercial wine-making venture she inherits (even if the dream is to return the craft to its more refined and rarified heights after being compromised by Communist restriction). This suggests that all the artistic pursuits were the folly of youth, of a young soul trying to represent itself to itself in order to discover who it is. The end of youth being coeval with surrendering notions of wanting to change the world.

The intriguing undercurrent to all this, is that Holloway's writing also weaves in the less-external pursuit of identity. Just as the external representation of art turns out to be very much bound up with personal quests of self-expression, love too is suggested as partly reaching out to relate, but also as a mirror to reflect back on the self. Absent parents try and connect with their dead children and Sandrine becomes entangled with both in order to locate herself. She confronts her own absent mother, initially in order to be closer to her own dead ideal love. An absent father communes with Sandrine about his dead son who was her best friend and the brother to her dead love. All the time is a sense of Sandrine trying to see her own reflection in the absent faces she is conversing with. Even when she does find love with Yang, the way it comes about is startlingly undermined by Holloway so as to just throw up a whole host of yet further questions for Sandrine by the book's end.

The book is lyrical and intricate. A tone poem meditation on what it is to be human in the modern, atomised world of mass culture, that is still somehow parochial as well. All the characters are adrift and searching for what they imagine they have lost, but first have to try and establish exactly what that may be. For all that the reader's guide to this world is a seventeen year old, it is a very grown up book in its maturation of insight and philosophical inquiry. I would like you to bear precisely that in mind seeing that Holloway has gone down the route of self- or independent publishing (call it what you will) this book. A label that normally has the professionals of the book industry turning their noses up in disdain. Their stock arguments are that there is no quality control over such products, well in this case I would like to categorically refute that. They also decry the lack of collaboration that is involved through traditional publishing, of editor, proof readers, art departments. Well Holloway credits the even larger collaboration of various almost anonymous contributors, through the tireless and endless suggestions given to him by peer reviewers online. Very simply, if the quality of the writing is high, as this is, then the traditional publishers have no real weapons to hurl at a self-published book.

I have one cavil about "Songs", that does probably owe its existence to the mechanics of being self-published, but not in the way one might imagine. At the story's end, Holloway provides 20 pages of what I suspect are 'print version only' added bonus extras (think DVD extras). I assume this is a bit of a hook to make the book more valuable to own in comparison with the free downloads Holloway has been indefatigably offering in parallel. But while a remix might work for a dance track, several 'gestatory' openings from earlier drafts, plus an explaining away of the mysteries of the subtext I feel actually take away slightly from the complete piece that is the novel I have just read. The explanatory text acknowledges its sources, but in rather philosophically reified language that detracts from the crystal clear prose of the novel. The bonus feature strategy may need a rethink for Holloway's next novel, which I look forward to him publishing himself.

The book is avaialble from Lulu or as free download from Smashwords
Posted by Sulci Collective at 19:45

You may be right about those extras. Interesting you should talk of them as being in philosophical langauge - for the academics I was talking too it was a bit too accessible.

If I DO publish Aggie next then that WOULD be a candidate for such treamtent - maybe not so SKIN BOOK :p

I may remove the extras from future editions. You are usually right about these things :)

I may remove the extras from future editions. You are usually right about these things :)

I am? I usually go on complete instinct and first reactions so I'd be surprised...

Academics eh? Gotta love 'em. (I grade them by subject in "A,B&E" since she was first married to a Don seeking tenure)

I feel like I've been on a train parallel to the Danube after reading your review. I've read much of the book in my scattered schedule and I can't help but feel attached to Sandrine. 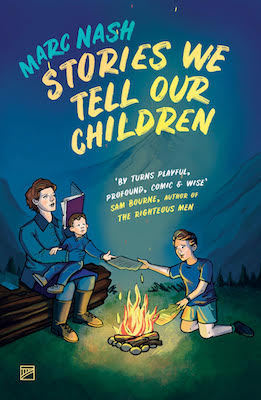