Written on The Skin - friday Flash

Daphne was born with a strawberry red wheal upon her angelic creamy face. Though a hemangioma unsightly yet harmless, her mint copybook was already blotted for her spotlessly jaundiced mother, who turned her back on her. Blighted in the incubator's hothouse.

In her stead, Ambrose the father struggled might and main, night and day, to rear the baby girl. Yet for all his efforts, the onset of cradle cap appeared to signal that Daphne's diaphanous halo had collapsed under its own flimsy weight and shrivelled to wreathe her crown. Unlike the rash maternal repudiation, Ambrose only gradually withdrew his defeated affection from his reptilian daughter. Signalling the singularly endearing strawberry on her cheek, being sent packing for a promiscuous outbreak of impetigo. To the untrained eye, the weeping scabs looked like herpes longing for the oedipal kiss to cast her back into a princess. The cold saw day in hell that would never be redeemed.

Deprived of human contact, Daphne cuddled up to the pet cat for affection. But for her pains contracted only ringworm, circling her leg like an ancient henge. A monument to perpetual desertion, even by her own recoiling flesh. No kisses under the mistletoe, just the pruritus of poison ivy. Daphne the honeyless sweet pea developed hives.

Hormonal eruption of adolescent acne bubbled and battled with a livid recrudescence of shingles. The tender nodules under her skin raised red raw. She tried to purge the blistering torture by bathing. Scourging the skin with soap. Rubbing, chafing it dry, rather than a soft patting, only further causing the skin to gape wide in fissures and cracks.

She rattled her eczematous abacus beads, counting off her teenage years. Rasping the chalky skin with her nails, scritch-scratching five-bar gates as she worried at the fleshy worry-beads on her arms. The roseola rosary. Her yearning carapace a desiccated river bed thirsting for water. A desquamation mark on her parched desire.

In her stewing loneliness, she reached out for a man. But each occasion she drew close, skin bumps and flakes erupted, shredding her scarfskin and shedding her resolve. The pustulent vesicles formed an archipelago along the roiling sea of her flesh. A catenation of anxiety alternatively submerged and then raised, by the tidal magma of the shifting tectonic plates of ravaging emotion. Inflamed feelings blown off and solidifying into crusts.

She took herself off to dermatologists. Despite a bombardment of salves, ointments and emollients, her skin continued to flare and rage. The hide specialists knew that the protrusions and spherules were caused by the bubbling passions beneath the rind. That there was nothing they could do for her.

And yet, she finally found herself a lover. He was colourblind, suffered from floaters, and had cataracts in both eyes, so her skin afflictions didn't register with him. She still insisted on making love with the lights off however.

Despite her newfound happiness, or perhaps because of it, psoriasis struck her. A folding in of her own skin, like a sheath of self. An immuring just for her man. Sadly he was to unwrap her from herself and she unpeeled herself yet further.

For once her lover's infidelity revealed itself with little guilt flushes in his face, the scales fell from her eyes. They tumbled on to her forearm and coated the flesh like chainmail. That inveterate male itch which demands fingerless lancing, now sprouted across her own forsaken flesh. But her burning tenderness couldn't be lanceted. Her nails like gauntlets, harrowing ridges across her pale wrists. The moraine of pared being, winding serpentine around her inviting arteries.

Time for a different type of unrequited love lettering to be inscribed on her flesh.
Posted by Sulci Collective at 22:49 14 comments:

I think in another life, I would have liked to have been a visual artist or a musician to express my creativity. But I can't draw stickmen, nor hold a note, so I have tried to channel both visual and rhythmic languages into the written word.
But when I meet an artist who is also a writer, then I am always in awe of their twin gifts. Today I interviewed just such a wonderful creative mind in Marita Hansen and tried to get inside what both gifts share and what differentiates them.
Welcome Marita - 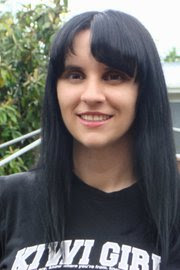 Which did you start doing first, art or writing and what led you to take up the second one?
I started art first, then became interested in writing, probably in primary school, but more so in high school. I suppose keeping a diary and writing stories for school is what led me into writing. I also have a couple degrees in Art History, and a shared major in Italian Studies.


Are the initial processes of creating the same for both art sources, how do they differ?
I suppose they are the same in the sense of coming up with an idea. But art is definitely different in that it's very much a physical thing for me, whereas writing is cerebral. I get lost in art, not thinking about anything, just concentrating on getting something physically perfect, just right. And I always need music when I paint, but with writing I don't like distractions. However, I do visualise when I write, imagine how a scene is played out, like in a television drama. That has affected my stories very much, which I think is related to my artistic side. 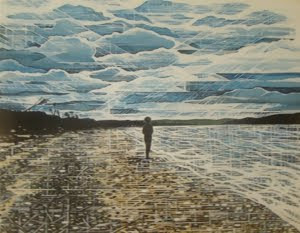 
Do the two creative pursuits inform one another?
I tend to keep them separate, with the exception of my book covers. Plus, my art is about beauty, whereas my writing is about the harsher side of life. However, they are just different views of realism, because there is both beauty and ugliness in the world.


How do you know something is definitively a story or a painting before you sit down to approach it?
With paintings I get my ideas from photos and photocopies. The image usually catches my attention. With writing it comes organically, while I'm at the computer tapping away. Though, sometimes it may come from exercising or while I'm out and about. For instance, some woman were talking incredibly loud on the bus one day in a different language. From there I got an idea for a fantasy, but as I sat down at the computer the Singapore setting didn't work so I altered it to one of my old neigbourhoods in New Zealand. And suddenly it became realism, totally different from my original idea. 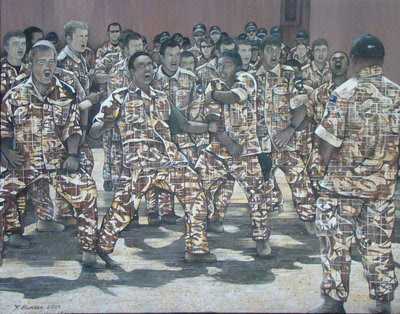 How do you see the relationship of the two forms within the body of your work? Do you ever approach something twice, once through art and the other through writing?
I suppose I have done this through creating my own book covers. I did the story then depicted the main bad guy, which I continued for my followup novel (due out in 2012). Plus, I have used specific colours and typography that symbolises both the title and story. The red in "Behind the Hood" relates to the Maori use of this colour, as well as representing blood, while the knife-like "I" relates to Tama's fascination with knives. The typography is also like graffiti, which goes with the story and nature of some of the characters. The blue in the sequel, "Behind the Tears," instead relates to the teardrop tattoos on the bad guy's face, the title, and what happens in the novel. I have also depicted the title as a tattoo, because that character has a number of them.

Do you want to say anything about image in art and image in writing?
Depending on the work, image in art (such as drawing and painting) is largely static and retrospective, whereas image in writing is animated, more alive in the sense that the story is happening right then and there as you read it. However, both art and writing evokes emotional responses, they just do it different ways.

Would you combine the two within one artefact, a novel with your artwork on some of the pages?
As said above, I have done this to a small extent by creating my cover, and I will also draw all the characters so that I can use them in a Youtube video. But inside a novel? Maybe, never say never. 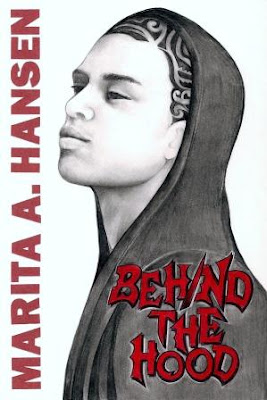 Marita's cover art for her novel "Behind The Hood" available by clicking here (USA) or here (UK)
Posted by Sulci Collective at 00:09 No comments: