The terminally ill child bears her fate with far greater acceptance and equanimity than her mother, who after all, has spent her longer lifespan neglecting the import of her own attendant mortality. The child has had less time to become beholden to the reasons for life, or make the deals with herself as to why it might be held to be valuable. Her thread is not as extended as that of adults. Her sense of permanence less entrenched. Her mother had calculated to plug the void of meaning, by rearing a child. And now that stratagem was collapsing around her.
Posted by Sulci Collective at 12:22 1 comment:

Songs About Heaven And Hell

You'd figure that heavy rock and metal would dominate songs from the Abyss, but not a bit of it. As for songs about fluffy clouds, would that be the province of fey indie bands? A few surprises possibly on the way between halos and horns.

1) Husker Du - "The Girl Who Lives On Heaven Hill"
Husker Du were the powerhouse band they were because all three members were songwriters. Not too often these days you see the drummer is the lead singer. Not the greatest sound quality, but you can see the energy of this genuine power trio.

2) Mobb Deep - "Hell On Earth"
Well if it's not Heavy Metal singing about Satan & Hell, obviously it was going to be Hip Hop and Rap decrying the hell on earth that are the urban ghettos. As here.

3) The Cure - "Just Like Heaven"
Did someone say fey indie band? Of course the Cure's Gothic look might have them pegged in the camp of devils and demons, but no, here's a jaunty ditty devoted to more Elysian Fields.

4) The Fall - "New Face In Hell"
Shame there's no footage of this being performed live, but it's just one of the tracks off the Fall's best of their 30+ albums "Grotesque After The Gramme". Divine stuff.

5) Stone Roses - "Breaking Into Heaven"
Songs with 'Resurrection", "Heaven", "I Wanna Be Adored" suggest a passing interest in religion and divinity, or maybe just Ian brown's god complex. This is not one of their better songs imo

6) White Stripes - "Catch Hell Blues"
The clue perhaps is that they always wore red and black, Satan's home colours. And the other clue being The Blues, Satan's own in house music.

7) MC 900Ft Jesus - "I'm Going Straight To Heaven"
Taken from his album "Hell With The Lid Off", again another with a god complex seeing himself as a 900ft tall Messiah!

8) Gang Of Four - "To Hell With Poverty"
and don't they make a glorious infernal racket in this song, even if their concerns were always very much grounded in the temporal and political rather than esoteric.

9) Bob Dylan - "Knocking On Heaven's Door"
Did they let you in Bob? Is that why you changed religion?

10) Killing Joke - "This World Hell"
Beginning to see a theme develop here, Hell is very much located on Earth, while Heaven is the wistfully viewed place to escape our tribulations.

12) The Pogues - "Boys From The County Hell"
Doesn't Shane MacGowan look fit and well back in 1985? One of the best live bands ever, this was definitely one of their stomping dancefloor tunes.

13) Tricky - "Hell Is Round The Corner"
The music for this sounds just like a Portishead track. In fact the Tricky/ Massive Attack/ Portishead symbiosis suggests that Bristol trip-hop bands were all very incestuous, musically I mean.

14) ACDC - "Highway To Hell"
Run out of Heavenly songs, it's all Hellish from here. Well I did promise you some heavy metal...

17) The Streets - "Heaven For The Weather"
This song name checks both Heaven & Hell, so seems the perfect song to conclude with.

Posted by Sulci Collective at 16:52 No comments: 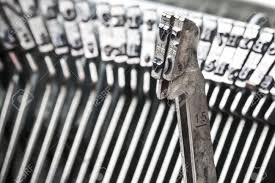 The man was lying asleep on his side, his handd tucked under his facee for a pillowwww, when he was shakennn awake. His whole bed was aquiverrr and he sufferedd that shooting vvertigoo as hiss block mattress was hhoistedd vvertically. The tetherss bound himm in place. Hee knew what was to ffollow.

Except, only he possessed the secret delight of knowing that his typebar was uniquely warped. That the presence of his conjoined twin, albeit dead though largely shrivelled, distorted the output of their impressed script. Clearly the clerks and notaries of this giant race didn’t set much store in proofreading their verdicts.
Posted by Sulci Collective at 15:31 No comments: